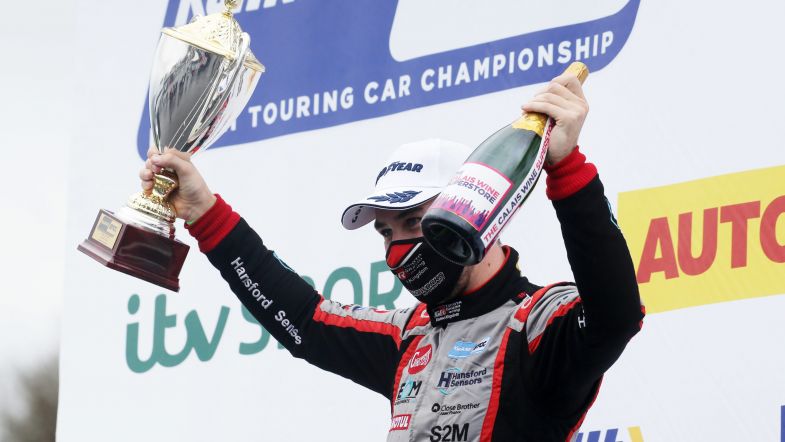 Tom Ingram insisted he was pleased with the performance of his Speedworks team during the 2020 BTCC season despite a number of “what if moments” that halted his championship challenge.

The double Independents champion headed into the campaign looking to build on a promising first year for the Toyota Corolla, which saw the car take four wins in 2019 en-route to sixth in the standings.

Ingram would head into the final weekend of the season as one of the five drivers still in contention for the championship, but needed to overturn a deficit of more than 30 points to championship leader Ash Sutton.

A fine weekend on track saw Ingram finish on the podium in each of the three races but he was left to rue a number of incidents earlier in the year – such as being collected by someone else at Brands Hatch GP and a puncture whilst leading at Silverstone – as he ended the year in fourth place.

“We can be really pleased with three podiums to finish the season, and without the incident at Snetterton in the final race, we’d have had back-to-back weekends with a podium in each race,” he said. “The second half of the season has been super strong, and the guys and girls in the team have done a great job.

“It’s been difficult to get a full campaign underway in these circumstances, and I’m chuffed that we have ended the year on a high with some really good results and a fast car. I’m sure that we could have won the title this year, but everyone has an excuse or a ‘what if’ moment – and we have had a few.

“Whilst we didn’t manage to win the title, we know that the Corolla is one of the best front-wheel drive cars on the grid, which is really encouraging and a nice position to be in going into the winter.

“Congratulations have to go to Ash on becoming a double champion at this stage in his career. He’s done a fantastic job this season, as have all the guys at Laser Tools Racing; full respect to them.”