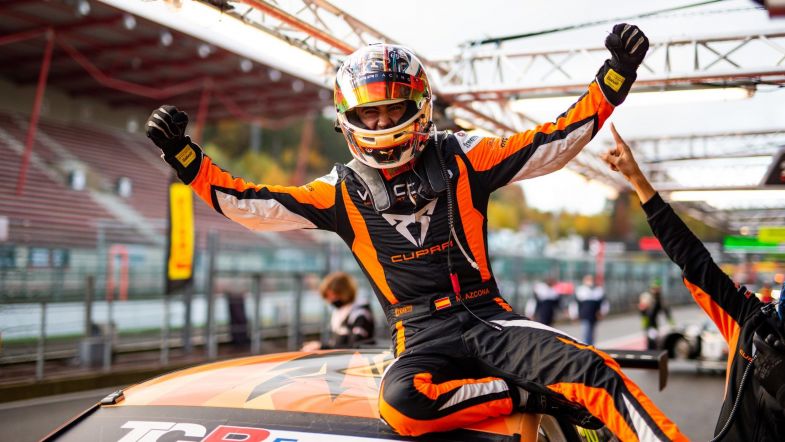 WTCR race winner Mikel Azcona is to join the TCR Italy grid for the final round of the season as one of a number of wildcard entrants.

Azcona will be at the wheel of a Cupra Leon Competición similar to the one he has raced in WTCR this season as part of the Scuderia del Girasole line-up, with the Spaniard being drafted in to support Salvatore Tavano’s championship bid.

Tavano, who is chasing a third consecutive title, is currently second in the standings behind Audi driver Eric Brigliadori, with Hyundai pair Marco Pellegring and Felice Jelmini also in mathematical contention for the crown.

Other guest drivers in the event are TCR Europe regular Evgenii Leonov in a Volcano Motorsport Cupra, former series champion Nicola Baldan in another Cupra and Honda pair Ibrahim Akhmadov and Jonathan Giacon.