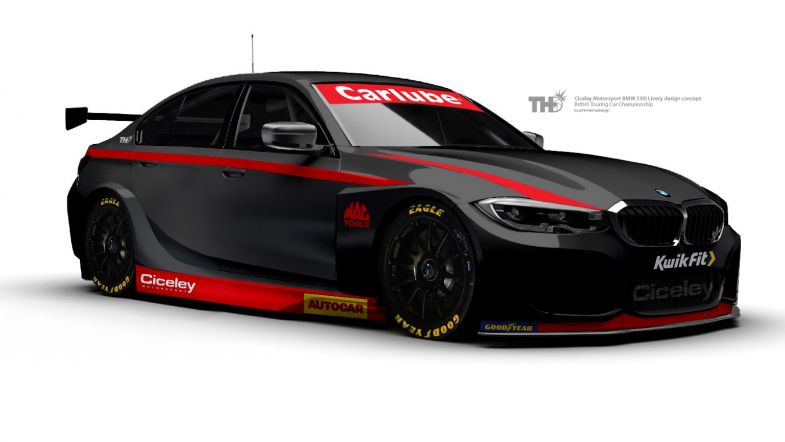 Ciceley Motorsport has announced that it will switch to the BMW 330i M Sport for the 2021 British Touring Car Championship season.

The team has run the Mercedes A Class since 2014 but elected to retire the car at Brands Hatch, having concluded a deal with WSR to acquire two BMWs for the season ahead.

The decision comes with one eye on the series’ hybrid future, and with the team having the ultimate goal of pushing for the championship title.

Adam Morgan will continue to drive one car, with his team-mate still to be confirmed.

“We have to look to the future,” he said. “The hybrid era of the BTCC will be upon us before we know it and we must, as a team, be ready for the next challenge.

“Although our philosophy as a team is to enjoy our racing, we definitely enjoy it more when we’re winning! Next season will be yet another massive learning curve for us all, but we are still hungry for success.

“We now need to secure the services of a team-mate, who is able to complement the team and clinch the Drivers’ and Teams’ championships.”

Although WSR has previously sold two versions of the 125i M Sport, the deal with Ciceley will mark the first time that the title-winning 330i M Sport has been run by a customer team.

“We’re very pleased that Ciceley Motorsport have become our first customer for the BMW 330i M Sport and will run two cars in 2021,” WSR boss Dick Bennetts said. “They are a professional team with a strong engineering mindset, so the WSR-designed-and-built cars should give them everything they need to become title challengers.

“Since the 3 Series first turned a wheel in late March last year, we’ve won five titles out of a possible six and scored 48 podiums from 57 races, which shows the quality of the base machinery.”