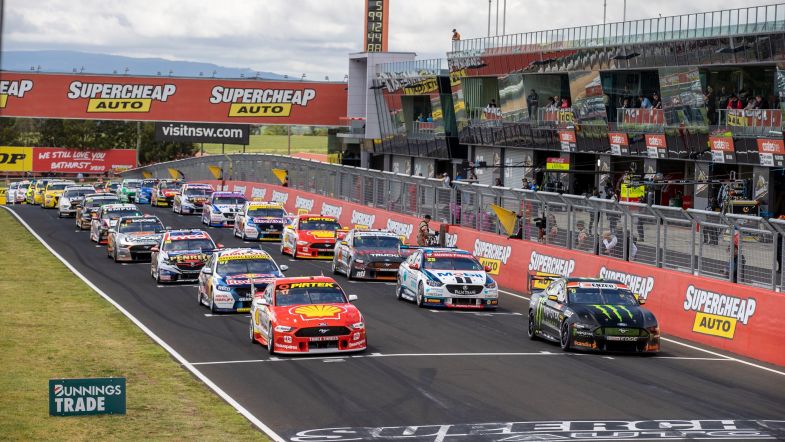 The Supercars Championship organisation has unveiled a 12 round calendar for the 2021 season, starting in February and ending in December.

“It is important to us to ensure the 2021 calendar features as much certainty for fans as we can provide given the current COVID-19 restrictions in each state and territory,” said Supercars CEO Sean Seamer.

“We’re thrilled that next year we can deliver two events at Mount Panorama, including the season opener in February.

“We are still working with all government partners on fan limits for each event, but we are confident of strong crowd numbers across Australia and New Zealand, in line with the current loosening of COVID-19 restrictions.”

With the Adelaide street race axed, the season will start at Bathurst on the 26-28 of February. And Mount Panorama will host two rounds this season with the legendary Bathurst 1000 race in October.

Another first is that Gold Coast will host the season finale, taking place on the first weekend of December.

“What a classic three-day carnival it will be with the Gold Coast to host the finale of the supercar season,” said Gold Coast City Council Mayor Tom Tate.

“Only on the Gold Coast will spectators see the final race to the championship flag. Given the pressure on teams to win the crown, it’ll be one hell of a race weekend in December.”

The rounds at Perth, Tasmania, Victoria and New Zealand are back for 2021 after being left out of the 2020 calendar due to the restrictions connected to the pandemic. The venue for the New Zealand round is yet to be confirmed.