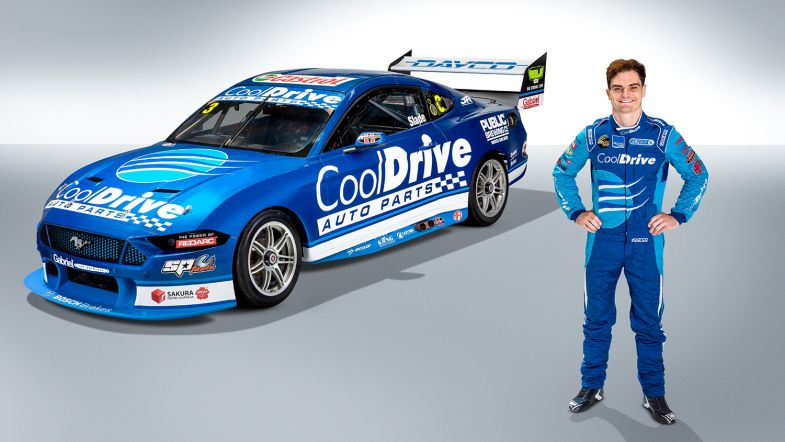 Tim Slade will make a full-time return to the Supercars grid for the 2021 season after being named as the driver for the newly-formed Blanchard Racing Team.

BRT has elected to go it alone for 2021 having previously been run out of the Brad Jones Racing stable, and will run a single Ford Mustang under the CoolDrive Racing banner – having leased cars from Phil Munday after he decided to close down the 23Red Racing programme earlier in the year.

Slade competed in just one Supercars event this year, partnering Scott McLaughlin to fifth in the Bathurst 1000.

“I am super happy to be joining the Blanchard Racing Team,” Slade said. “The fit is perfect for me and I’m genuinely excited and proud to not only represent BRT but also the Blanchard family and the CoolDrive business.

“Having worked in the Acacia Ridge and Eagle Farm branches this year for a few months during the COVID period, I know how much the CoolDrive racing programme means to the staff. To have the race team workshop inside of the CoolDrive headquarters in Melbourne is really cool and gives the staff something that no other sponsor of the sport currently provides.

“Tim [Blanchard] has done a really great job of putting it all together and I can honestly say we have all of the right ingredients to achieve some good things.

“Supercars is an extremely competitive and tough category, so we’re under no illusions that it’s going to be easy, but in saying that, I’m excited to show everyone what we’ll be capable of.”

Team co-principal Tim Blanchard said he was delighted to announce the signing of Slade and to confirm the plans for the 2021 campaign.

“We joined with Brad Jones Racing in 2016 in a customer relationship, it was a good run over those years, we learned a lot, but now it is time for us to stand on our own two feet,” he said. “Our long-term vision by investing in a Racing Entitlements Contract was to one day control our own destiny, with Supercars still providing the perfect platform to promote our core automotive business. We’re investing strongly in this project with high-quality equipment, a top-line facility, and very skilled people.

“We also thought it fitting to rename the outfit to Blanchard Racing Team to appropriately reflect the entire Blanchard family’s involvement in the team, and passion and commitment to the sport. Motorsport is who we are, it’s in our family’s DNA.

“Tim is a great asset for the team, he brings a lot of experience and speed, which is important for a single-car outfit. I have known him for a very long time and have a lot of respect for his ability. I can’t wait for the 2021 season to get started.”