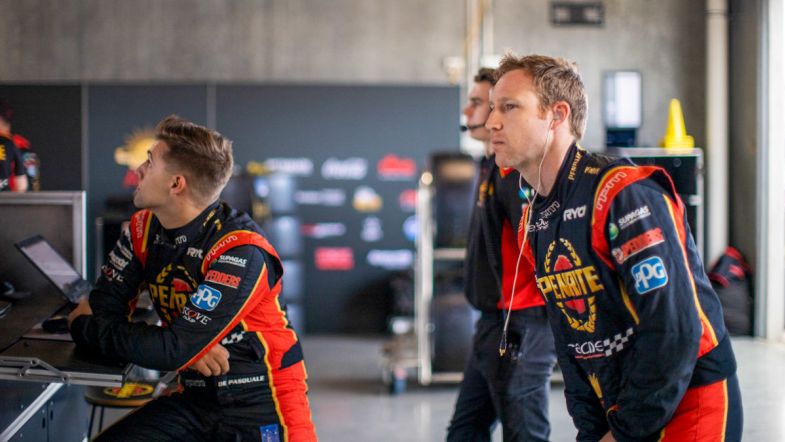 David Reynolds has confirmed his exit from Erebus Motorsport just over a year after signing a landmark 10-year deal with the team, amicably splitting and looking set to return to Kelly Racing for the 2021 season.

Departing after a five-year stint with the Erebus which saw them take a Bathurst 1000 win in 2017, Reynolds signed a 10-year contract to stay with them in 2019 but relationships soured during the 2020 Supercars season, highlighted by Reynolds not making a podium appearance throughout the year.

Expecting his first child with partner Tahan Lew-Fatt in the coming weeks, Reynolds says he would have prefered to stay with Erebus though circumstances meant he had to leave.

“My preference has been to stay at Erebus but unfortunately it is time for me to move on,” Reynolds said.

“I have really enjoyed my time with the team and leaving has been a very difficult decision to make.

“The team are a fantastic bunch of people that I’ve built really strong relationships with over the past five years and I am proud of what we have been able to achieve together.”

Erebus owner Betty Klimenko paid tribute to Reynolds in a statement from the team, understanding that he needs to do what is best for him and that she would not stand in his way.

“David has been a significant part of our team since we moved to Melbourne in 2016,” she said.

“We have shared a lot of success together including winning the 2017 Bathurst 1000 and we thank David for all his efforts.

“However, unfortunately David has decided that his future lies elsewhere, and we do not wish to stop him taking another path.

“Unfortunately, we were unable to come to an agreement and we have had to go our separate ways.

“We wish David and his new family all the best for their future.”

Erebus will announce their line-up in coming weeks with Will Brown and Brodie Kostecki the most likely candidates to fill the seats left vacant by Reynolds and Anton de Pasquale.