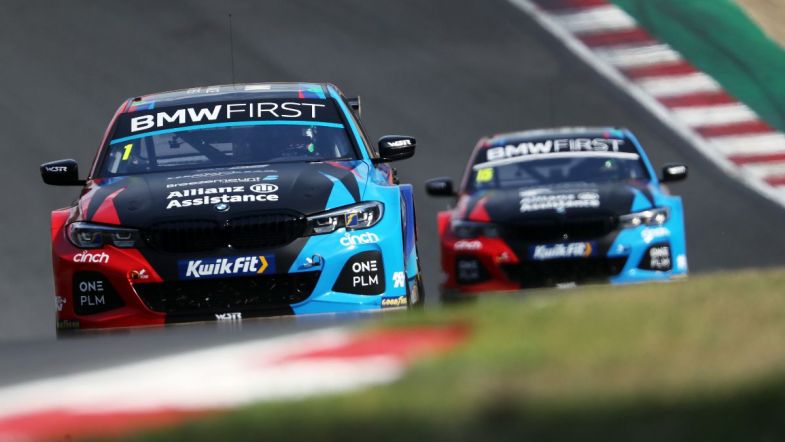 West Surrey Racing team boss Dick Bennetts has confirmed that the BMW squad will revert back to a three-car team for the 2021 British Touring Car Championship season.

The team was forced to downsize to two cars for 2020 after Andrew Jordan was forced to stand down from his seat as a result of the COVID-19 pandemic, with the former champion not replaced as WSR instead focused on the cars of Colin Turkington and Tom Oliphant.

Turkington would end the season second in the championship standings behind Ash Sutton, but there was double success in the manufacturers’ and teams’ standings with hopes high of pushing for all three titles in 2021 when the third 330i M Sport returns to action in what will be WSR’s 40th anniversary season.

“We’ll certainly be back up to three cars and I’m really looking forward to it,” Bennetts said. “The challenge is on to win again, but with three titles the aim this time. What a great way that would be to mark our 40th anniversary.”

Reflecting on the campaign just gone, Bennetts admitted there was plenty for his team to be happy with what proved to be a challenging season for everyone involved in the series after the pandemic led to a compressed season run over a period of little more than three months.

“It was a pretty good season considering how we all had to adapt to a heavily-revised schedule,” he said. “To fit in 27 races in 15 weeks was a great achievement and to come away with the Manufacturers’ title for BMW for a fifth straight year, plus the Teams’ Championship and get Colin and Tom second and sixth in the Drivers’ points all adds up to a great year, all things considered.

“Of course we were all bitterly disappointed for Colin on Sunday night at Brands Hatch, but the team pulled together brilliantly in the wake of what’s been the most disrupted season I think any of us will ever experience and everybody richly deserves the Teams’ and Manufacturers’ titles that we won.

“Everybody’s pulled together very well and the attitude has been exemplary from our technical staff, logistics people, everyone…”