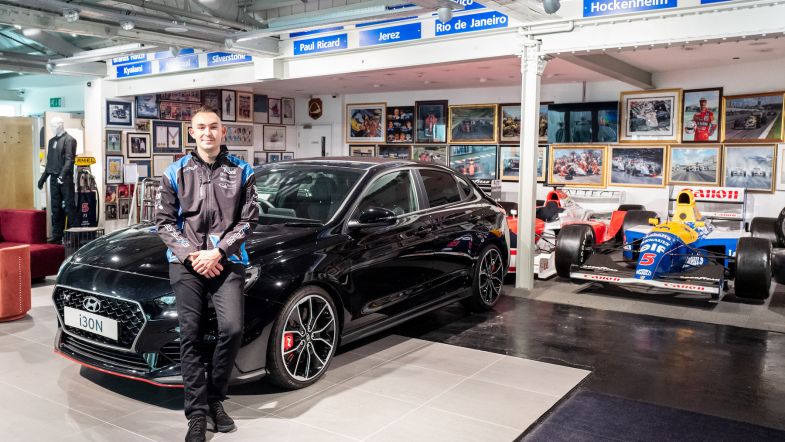 Jack Butel will switch to the EXCELR8 Trade Price Cars team for his second season in the BTCC after being named as the first driver for the expanded Hyundai programme.

Butel made his debut this year with Ciceley Motorsport, finishing third in the Jack Sears Trophy with a single overall points finish in a Mercedes A Class.

The Jersey-based racer will switch to EXCELR8 as the third year team expands for 2021 after going into partnership with Trade Price Cars Racing.

“To say that I am incredibly excited to be racing for EXCELR8 Trade Price Cars and Justina Williams in 2021, would be a serious understatement,” he said. “I am grateful to Ciceley Motorsport for giving me the opportunity to race in the BTCC this year. I learned a lot from the team and Adam Morgan, and I wish them all the best for the future.

“However, I feel like this is the right move for me. EXCELR8 Trade Price Cars is a young team with a lot of potential and I believe that together we can score some great results next year.”

Team owner Justina Williams said she was pleased to being Butel onboard as the first driver for 2021.

“I am absolutely delighted to have attracted Jack to our team,” she said. “He has vast experience from winning back-to-back titles in karting, then moving up the ranks racing in LMP, British GT4, F4 and had his debut year in BTCC in 2020.

“For 2021 the plan is to bring Jack on and continue on the journey towards the sharp end of BTCC, we know we have the raw speed and the key ingredients in helping us to make this happen. Bring it on!”