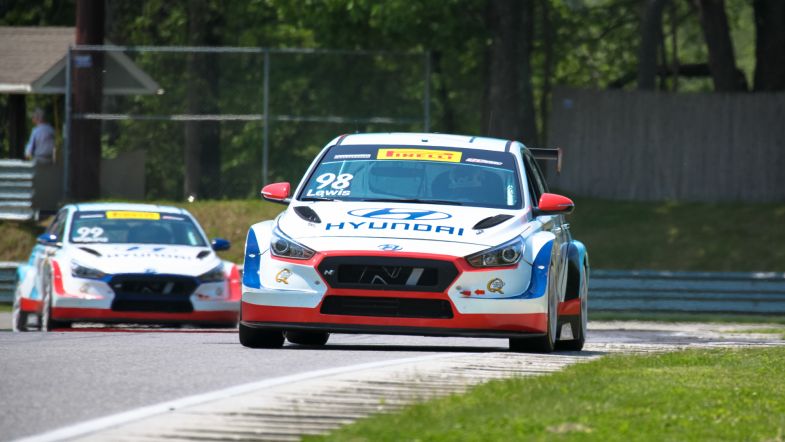 The two Hyundai i30 N TCR cars previously used by Bryan Herta Autosports are set to compete in the TCR UK class of the Touring Car Trophy for 2021.

The two cars, which won their class in the Pirelli World Challenge series in 2018, have arrived in the UK from Hyundai Motorsport’s base in Germany having returned to the factory when BHA switched to the Veloster N TCR.

Drivers for the two cars, which currently reside with Maximum Motorsport, are set to be named early next year.

“It’s a great start to our rejuvenated programme to see these two championship-winning cars in the UK,” series boss Stewart Lines said.

“This addition to our grid is particularly significant for our series, as the i30 N TCR is a car that was designed, commissioned and built by Hyundai. The company has made a huge commitment to the TCR concept on a global scale and we appreciate the help and support they have provided us so far.

“While we are not in a position to make an official announcement just yet, we already have drivers lined-up and we’ll be able to confirm who they are early in the new year. 2021 is shaping up to be a fantastic season and a big step forward for the Goodyear Touring Car Trophy and TCR in the UK.”