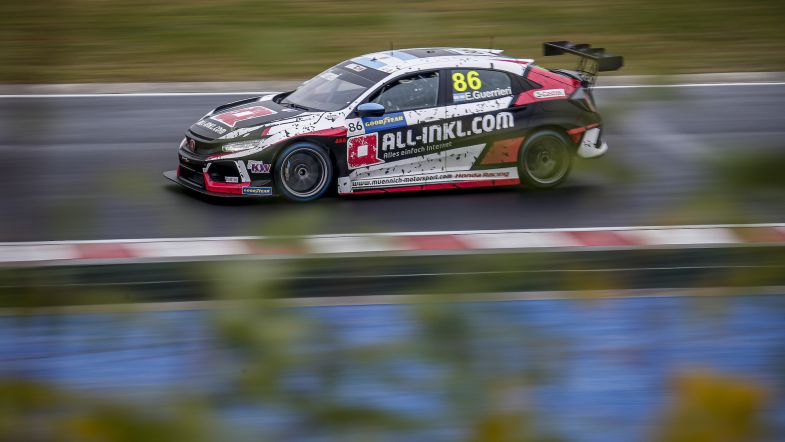 The Honda Civic Type R has been named as the TCR ‘Model of the Year’ for the second successive season after an impressive campaign that saw the car take 44 wins from 226 races across the globe.

Those wins were spread across twelve different championships as well as in the ADAC 24H race at the Nürburgring, and saw the Honda end the year ahead of the Audi RS 3 LMS and the Hyundai i30 N in a repeat of the top three from twelve months ago.

The SEAT León and the Audi are the two previous winners of the award, with 14 different models having scored points in 2020.

“This second consecutive Model of the Year award for the Honda Civic Type R is testament to the professionalism and passion with which Honda and its technical partner JAS Motorsport have always supported their customer teams in all the TCR competitions around the world,” WSC president Marcello Lotti said. “Their efforts have been deservedly repaid with the brilliant results achieved by the drivers who were at the wheel of the many Civic cars that took to the track during this difficult season.”

“It is a huge honour to see the Honda Civic Type R TCR named as the TCR Model of the Year, and even more so as the first car to win this prestigious award two years in a row,” he said. “We are extremely proud to be a technical partner of Honda for over 20 years and to have achieved this success for them.

“This award is both a testament to the determination and professionalism of our customer TCR teams across the world and also a vindication of both the quality of the Honda Civic Type R production model and of the technical and sales support we offer to our customers. There is an incredibly hard-working group of people at our headquarters in Arluno, Italy, comprising mechanics, engineers, logistic, sales and support staff, and this shines a light on the fantastic job they have all done on the Civic Type R TCR project.”