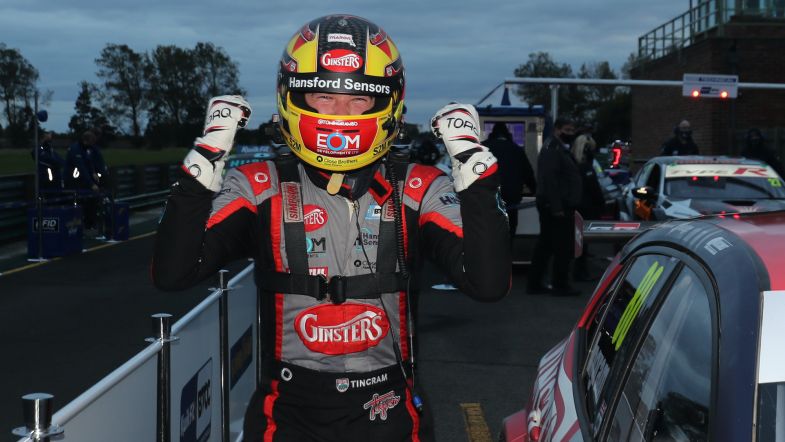 Tom Ingram and Speedworks are to split for the 2021 BTCC season after ‘conflicting commercial considerations’ brought an end to their partnership after seven seasons.

Ingram made his debut in the series with the Toyota team back in 2014 and has since gone on to take 16 wins, two Independents’ titles and a best finish of second in the overall standings.

The 27-year-old has yet to confirm his plans for the new campaign, with Speedworks – who are set to expand to a two-car programme – announcing its driver line-up in due course.

“Speedworks was obviously my first team in the BTCC, and they quickly became like a family,” he said. “I have a lot of very special memories from our time together. We’ve been on an amazing journey and have both done ourselves proud. It would admittedly have been nice to round that journey off by winning the championship, but it narrowly eluded us on a couple of occasions – primarily due to sheer bad luck. Still, I take nothing but good memories away from my seven years with the team, and an awful lot of pride in what we have accomplished.

“It was a very easy relationship right from the word ‘go’. It never felt like a driver-and-team partnership, but more like one solid unit fighting forward together. It’s been such a fairytale story in a lot of respects, with so many milestones simultaneously achieved along the way – first podium, first pole position, first race win, first fastest lap, first title.

“Developing the Avensis and more recently the Corolla has added another string to my bow, allowing me to work very closely with the Speedworks engineers and teaching me how to extract the very best out of a modern BTCC car. A lot has been made of the disadvantages of running just one car in terms of having less data to assess, but the flipside was that all the focus was on me and that enabled me to steer the development in the direction that I felt was right – and as a driver, that’s exactly what you want.”

Ingram admitted that there were no ill-feelings over the decision to split ahead of 2021, and insisted he would ‘100 per cent’ be part of the grid.

“Both of us clearly have contractual obligations to our respective commercial partners, and both of those relationships grew to the point where it was inevitable that at some stage we would reach this kind of crossroads,” he said. “My sponsors will always be my priority, just as the team’s partners are quite rightly Christian’s priority. There’s no ill-feeling, and I owe everybody at Speedworks a massive ‘thank you’ for our seven years together. We’ll still be good friends moving forward; we’ll just be wearing different team jackets.

“I’m sad to be leaving, of course, but no doors are permanently closed and this isn’t the end of the road for either of us. Right now, we just have to go our separate ways. I can 100 per cent assure you that I will still be in the BTCC next year, and I have an exciting new project that I will be able to announce soon, which is incredibly motivating and will allow me to develop both commercially and from a performance point-of-view – so stay tuned!”