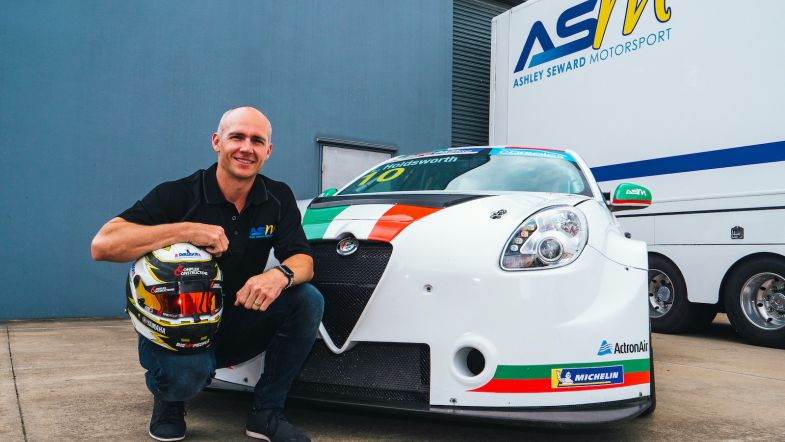 Lee Holdsworth will switch to the TCR Australia series for the 2021 season after agreeing a deal to join Ashley Seward Motorsport.

The 37-year-old lost his drive with Tickford Racing for the upcoming Supercars campaign after the Ford squad took the decision to downsize from four cars to three – leaving the series veteran without a full-time ride for the season ahead.

Holdsworth however has now concluded a deal to race the Alfa Romeo Giulietta Veloce that was driven by James Allen at The Bend last season as team-mate to teenager Jay Hanson, with the deal seeing him go up against a number of former Supercars rival – including 2009 Bathurst co-driver Michael Caruso.

“It’s brilliant to have my future tied up in TCR Australia with Ashley Seward Motorsport – it’s a really professional team running the Alfa Romeos,” Holdsworth said. “TCR Australia is a great opportunity for me to continue motorsport in a professional manner. It’s great for sponsors having the Seven Network coverage all year, the cars look brilliant and you’ve got manufacturers involved.

“I’ve been following TCR Australia since it started and it has really close racing with some high-profile names. It’s becoming a well-recognised category and it’s a category that races all around the world.

“Expectations for the year are pretty high. Just coming out of Supercars, I’m at the top of my game and I expect to be running up the front, bringing home some trophies. From what I’ve seen from Ash Seward and his team, they’ve got all the goods for me to do the job.

“It’s cool to be teamed up with Jay Hanson – he’s a young gun who’s been through other categories like Formula Ford and done some really good things. He’s spent a lot of time in these cars, so I’m hoping I can learn from him but also teach him a bit as well.

“It’s great to start the series at Symmons Plains, it’s a cool track and the Tasmanians are very passionate about motorsport.”