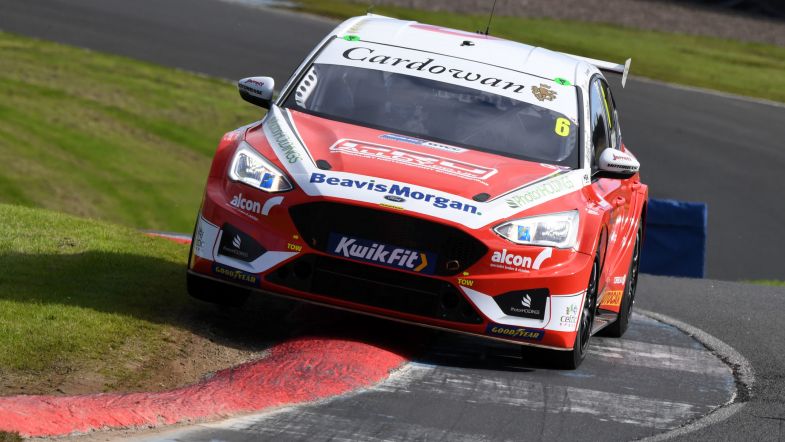 Motorbase Performance will race under new ownership in the 2021 British Touring Car Championship after being acquired by AmD Tuning boss Shaun Hollamby and Pete Osborne, father of current racer Sam.

The pair will take over the Ford outfit from long-time team principal David Bartrum, who has taken the decision to step aside from the team he founded back in 2004. Hollamby will take on the role of team principal, with Osborne as managing director.

Existing team manager Oly Collins as well as AmD technical director Rob Tickner will be part of the core operational staff, whilst the full driver line-up will be confirmed in due course.

Jake Hill had already been confirmed as sticking with the AmD/MB Motorsport squad prior to the end of the 2020 season.

“For me personally, this is closing one chapter in my involvement with the BTCC as well as starting a new one,” Hollamby said. “We had some great times as AmD Tuning in this amazing championship and I want to thank everybody involved along all those years. Every year, we have grown in stature and that has led us to what we are able to do today.

“Motorbase Performance is synonymous with everything that is great about British Touring Cars and a huge deal of credit must go to David and his team for what they have achieved. Their work gives us a great foundation to build on as we hope to go from strength to strength in the coming years. With myself and Pete coming together, I feel we have a really unique offering that can help us push on and set a new standard both on and off the track.”

Bartrum himself said he was delighted that Motorbase will race on in the future after his departure.

“It is a massive compliment to the entire team that AmD’s Shaun Hollamby and Pete Osborne wish to purchase the team and add to it, to push Motorbase to the next level,” he said. “I’ve thoroughly enjoyed building this team from the ground up over the years that has seen Motorbase achieve tremendous success both on and off the track. I have to thank everyone associated with Motorbase over the years, including staff, drivers and our many partners, who have helped this team grow to become one of the top outfits in the BTCC paddock.

“I have a big birthday coming up next year and with that in mind, I think the time is right for Shaun and Pete to take over the reins and guide the team into a bright future.

“I wish the team all the best and good luck for the future. I won’t be too far away and will be watching Motorbase march on from the sidelines.”