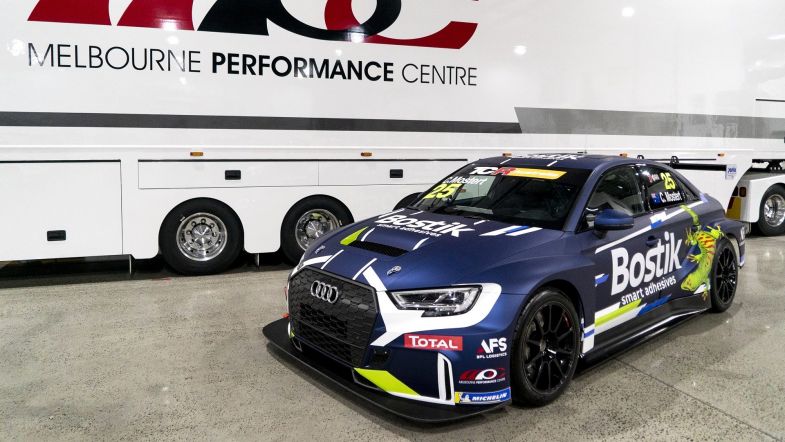 Chaz Mostert to get TCR Australia berth with Audi

Supercars ace Chaz Mostert has been confirmed to make a start in the opening round of the 2021 TCR Australia Racing Series season at Symmons Plains, running an Audi RS 3 TCR prepared by Melbourne Performance Centre.

The 2014 Bathurst 1000 winner and rising star with Walkinshaw Andretti United in the Supercars Championship has been looking to drive in TCR Australian alongside Supercars since the former series started in 2019, having been blocked by Tickford Racing at the time due to Ford not having a car in the series.

Now with the Holden-based team, WAU has given him their blessing to compete in TCR Australia, making his first round start in the series as a track he has frequented in Supercars since his debut season.

Carrying across long-time engineer Adam DeBorre, Mostert is keen to get his 2021 campaign underway on the Australia Day long weekend down in the Apple Isle.

“It’s great to get back into a race seat and start the season nice and early down at Symmons Plains,” said Mostert.

“Melbourne Performance Centre have put this deal together for me, and it’s great that I will have the chance to get some early miles for 2021.

“TCR is a pretty cool series. Racing door to door is what all drivers want to be involved in. I’m excited to drive the Audi.

“At this stage, I’m locked in for the test at Phillip Island and the first round at Symmons Plains. We’ll see how the year pans out, but as a driver, you want to be in car, so excited to come down and get some laps and kick off the new year driving a new race car.”

The Race Tasmania round will start on Sunday the 24th of January with qualifying and races taking place across Monday the 25th and Tuesday the 26th, the latter day being a public holiday for Australia Day.