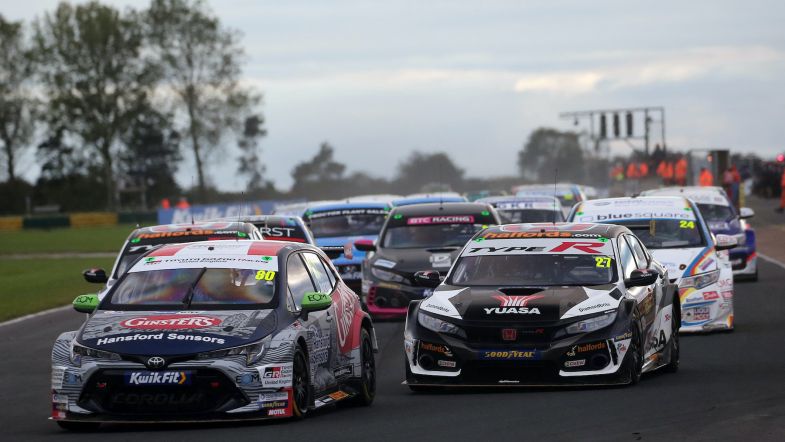 BTCC organisers TOCA have revealed that all 29 TOCA BTCC Licences (TBLs) for 2021 have been allocated.

What should have been a 30 car field last year ultimately dropped down to 26 cars as a full season entry after Simpson Racing ended its programme, and both WSR and Power Maxed Racing were forced to amend plans as a result of the COVID-19 pandemic.

With TOCA electing to retain the Simpson Racing licence, the remaining TBLs will all be used for the upcoming campaign in a 29 car entry that features a number of changes compared to 2020.

The headline news is that Speedworks will expand to a two-car programme having acquired a second TBL from AmD Tuning after it merged with Motorbase, with AmD’s second 2020 licence being added to the three already held by Motorbase for a new four-car programme.

Elsewhere, the two Trade Price Cars Racing TBLs that were also used by AmD in 2020 will now be used by EXCELR8 as a result of their new partnership, whilst Team Parker disappears from the grid after the sale of its TBL to Carl Boardley.

“Although we are all going through this most incredibly gruelling period, it’s enormous testament to the strength and popularity of the BTCC that we have a full entry,” series boss Alan Gow said.

“Even more remarkable is the fact that a third of the grid will be new-build cars that have been constructed in the off-season. All of which means that we have yet another fabulous, and even more unpredictable, season in store.”