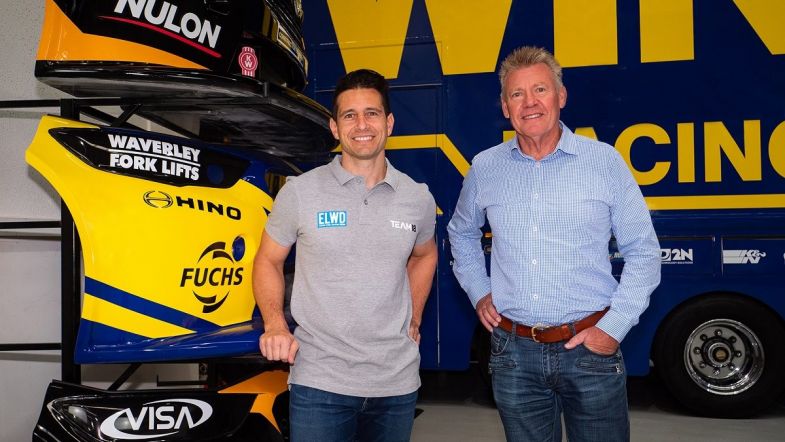 Team 18 has confirmed their co-driver line-up for the 2021 Supercars Championship before the season has come close to starting, announcing Michael Caruso will join the team for the Bathurst 1000 while James Golding stays on for another endurance campaign.

Two-time race winner Caruso has joined the Charlie Schwerkolt owned team on a two-year contract, locking himself in for this year’s Bathurst 1000 as well as the endurance races in the 2022 season.

Golding is being retained after a strong 2020 Bathurst, having helped main driver Mark Winterbottom to finish eighth in the #18 machine and show himself to be a reliable co-driver having lost his main game full-time seat at the end of 2019.

Caurso, who also departed the series full-time at the end of 2019, says all it took was seeing the operations and manpower behind Team 18 to convince him it was the place to be ahead of Bathurst this year.

“When you come here and see how the team operates and the progress being made behind the scenes, it was an opportunity I couldn’t refuse,” said Caruso.

“Charlie’s very motivated about his motor racing, he’s been very successful in the past, he understands what it takes to achieve that success and you can see what he’s building with the guys and girls here in the team that they’re heading in the right direction.

“When you look at the names that are here, you’ve got Phil Keed and now with Richard Hollway joining, it’s an amazing leadership group with Steve Henderson as Team Manager as well, you can see everyone in the core group gets along and I think that’s a crucial part to it all.

“The continuity that this team already has taking into next year is something that I think can trip up a lot of other teams with a lot of changes happening in the off-season.”

Golding too sung the praises of the Team 18 squad, talking about the improvements the team made after going to a two-car operation at the start of 2020.

“I’m really looking forward to continuing my relationship with Charlie and Team 18 in 2021 after the strong result I had with Frosty at Bathurst last year,” said James Golding.

“The team’s continuing to build stronger race-on-race and that’s what you look for as a driver, you want to be with a team with that kind of attitude and progression.

“It’s great to see some new people onboard and some very experienced people at that, I’ve worked with (new head of engineering) Richard Hollway and Michael Caruso in the past and I get along well with both of them.”

This year’s Bathurst 1000 will take place over four days from the 7th to 10th of October, back in its traditional spot after a week delay last year.