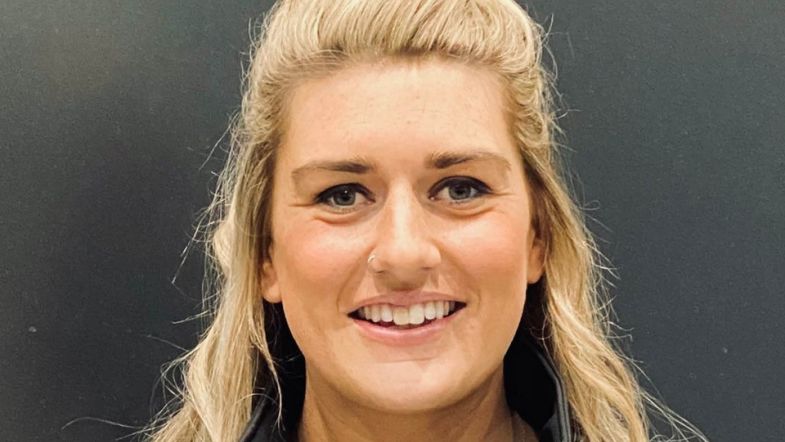 Jade Edwards will move into the BTCC on a full-time basis in 2021 after securing a ‘dream deal’ to complete the BTC Racing line-up.

Edwards will take over at the wheel of the Honda Civic Type R raced last season by Tom Chilton after his switch to Ciceley Motorsport, with the 29-year-old partnering the previously announced pairing of Josh Cook and Michael Crees.

The deal to follow father Jim Edwards Jr into the series comes on the back of Edwards taking part in the Silverstone event last season, when she was one of the drivers given the chance to compete in the Power Maxed Racing Astra.

“For anyone who watched my debut BTCC weekend last year, they will know this is something I have worked very hard on for a long time,” she said. “The plan for that one weekend was always to make it onto the grid full-time. I have worked with the BTCC and BTC Racing over the last year, giving my support and being a real advocate for the team.

“Over the winter, [team owner] Steve Dudman has been a man of his word, very loyal and trustworthy, and gave me this amazing opportunity – it really is what dreams are made off. It’s been my dream to race in touring cars properly, not just a one-off. Steve and all the team at BTC have made this happen and I am so grateful to them all for the support. I really cannot tell you how excited I am about the season ahead.”

Dudman said he was delighted to bring Edwards into the team to complete the three-car line-up.

“To complete our 2021 driver line-up so early in the year is wonderful news for the team; we can now prepare as one for the new BTCC season,” he said. “I am absolutely delighted that we’ve been able to put a deal together with Jade for her to race her first full season in the series. She deserves this opportunity and BTC Racing will endeavour to support her in every way possible. I know Jade will make the absolute most of it.

“We certainly have high hopes for what Jade can achieve this season with BTC Racing, especially after seeing her do such a professional job both in and out of the car on her BTCC debut last year. She’s a racer through-and-through and knows how to get stuck in, which is what touring car racing is all about. I firmly believe we have one of the most exciting and equally-balanced entries on the grid with Jade alongside Josh and Michael. We just cannot wait for the season to begin.”