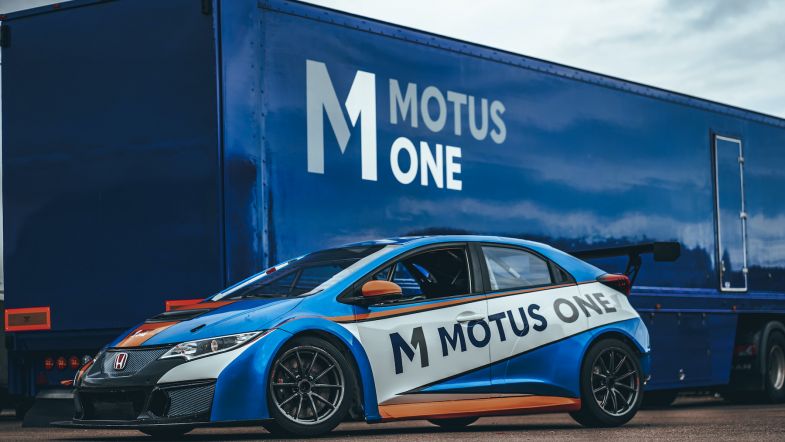 The Motus One team has announced plans to run a three-car assault on the TCR UK category within the 2021 Touring Car Trophy.

The team has acquired three Honda Civic Type R TCRs that will be driven by team boss Will Powell, Dave Scaramanga and Danny Krywyj – the latter who will be making his racing debut.

Motus One has previously run cars in a range of other series including Britcar and the GT Cup, where it has been working with Brabham Automotive and the new BT62.

“We’ve made no secret of our ambition to add touring cars to the team’s activities and the Goodyear Touring Car Trophy has made that viable for us in 2021,” Powell said.

“Our strong relationship with Goodyear – who I’ve raced for and we work closely with on our Brabham BT62 programme – along with the plans to promote and grow the TCR package in the UK, makes this a great fit for us. As always, we aim to win on the track but respect the calibre of teams we’re up against. It’ll be a year of learning and fighting for everything we can. I can’t wait to start the season!”

Championship boss Stewart Lines was pleased to welcome a new team into the series.

“I’m delighted to welcome Motus One, having been impressed by their fast rise in GT racing and notably running the official Brabham BT62 programme,” he said. “Their three-car TCR UK entry represents another significant step forward for our series, as we continue to attract new teams and drivers to the grid and develop the Goodyear Touring Car Trophy as a whole.”