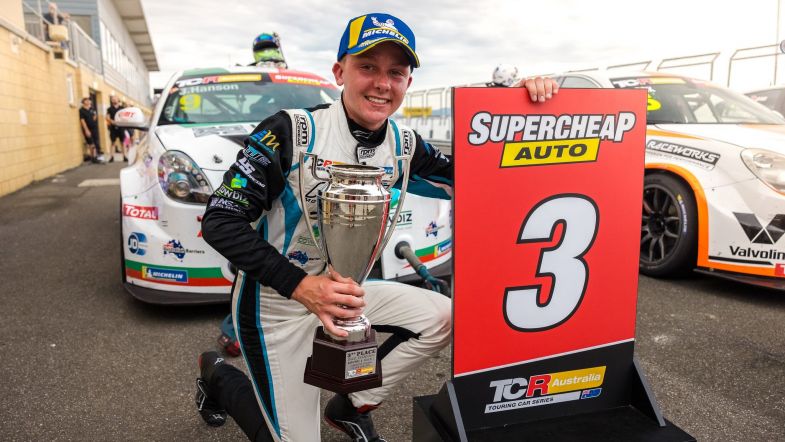 A major penalty has been handed out following the opening race of the 2021 TCR Australia Racing Series season as podium finisher Jay Hanson was given a time penalty for his role in a move that saw him take the third place finish.

After the shortened 20 lap race around Tasmania’s Symmons Plains Circuit stewards have announced that third placed finisher Hanson will be given a ten second penalty, dropping him to seventh place and elevating fellow series debutant Josh Buchon to the podium for HMO Customer Racing.

Hanson’s penalty comes from contact he made in the closing stages of the race in his Ash Seward Motorsport prepared Alfa Romeo Giulietta QV TCR, spinning the Audi RS 3 LMS of Chaz Mostert which took the Melbourne Performance Centre driver out of third place.

The ten seconds added on to his time puts him two spots behind Mostert in the final standings and behind the other MPC Audi of Luke King, also making his TCR Australia debut in race one.