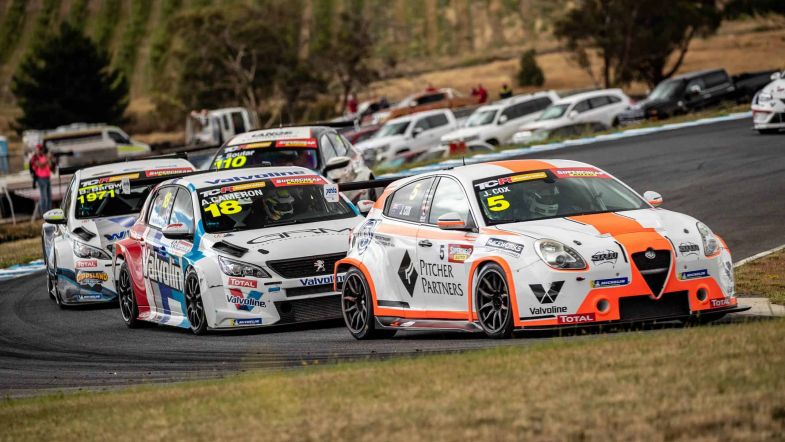 Aaron Cameron claimed two wins while Jordan Cox and Ben Bargwanna claimed one each in the inaugural Baskerville Invitational races.

The event was not awarding points for the TCR Australia series standings, with a total of six TCR cars taking part in the event.

And the second race was red flagged as Dylan O’Keeffe suffered a suspension failure on the main straight.

The incident meant that Garry Rogers Motorsport driver O’Keeffe was out of action for the second day, leaving just five cars on the grid.

Alfa Romeo driver Cox won both races on Sunday ahead of Zac Soutar, Cox, Bargwanna and Zac Hudson, with the field finishing in identical order in both races.

The next TCR Australia race takes place at Phillip Island on February 19-21.