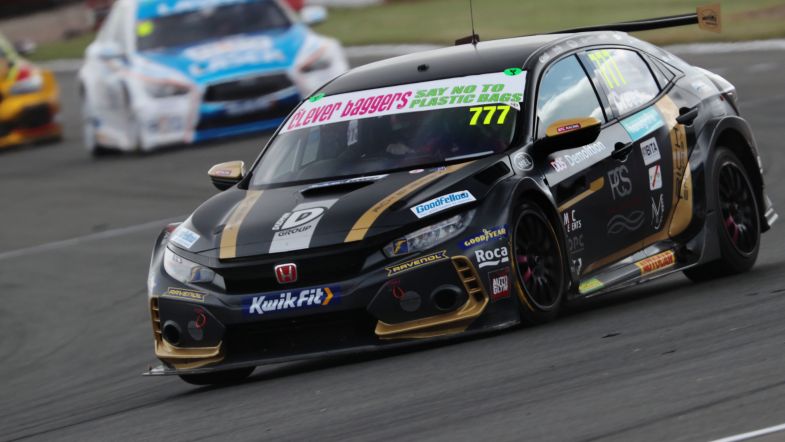 BTC Racing has announced the signing of Mick Sergeant to take on the role of overall team manager for the upcoming British Touring Car Championship season.

Sergeant will oversee the day-to-day business of the Honda squad, whilst Zoe Timbrell – who previously held the team manager role – will be responsible for looking after the #99 entry of new signing Jade Edwards.

“I’m delighted to welcome Mick to BTC Racing in the key role of Team Manager and very much looking forward to working closely with him as we prepare for our biggest season to date,” team owner Steve Dudman said. “This is a very important year for BTC Racing, so to have the vast experience Mick brings from more than two decades working within the BTCC will be invaluable.

“Everyone at the team is determined to put together our most successful season yet in the BTCC, we’re leaving no stone unturned and bringing in the very best personnel – like Mick – to help deliver the results we know we are capable of.”

Sergeant has worked with a number of teams during his time in the series, which stretches back to the Super Touring era of the 1990s.

Previously he has held team manager roles with both Triple Eight and Team BMR, and has most recently been involved with Speedworks’ programme in the British GT Championship.

“I’m chuffed to bits to take on the team manager role at BTC Racing,” he said. “It’s been on my radar for a couple of years now and thanks to Steve [Dudman] and his enthusiasm for the sport, and his investment in the team, the time is right. At the heart of the race team is a core of professionals I’ve worked with before, ensuring we have a very strong foundation from which to move forward.

“We have a great driver line up for the team’s 2021 BTCC campaign with Josh [Cook], Michael [Crees] and Jade [Edwards], we have great team spirit and all the right ingredients for a very successful year. Behind the scenes the hard work has already started, I know we can all work together to achieve the team’s goals and aspirations for 2021 and beyond. Bring it on!”