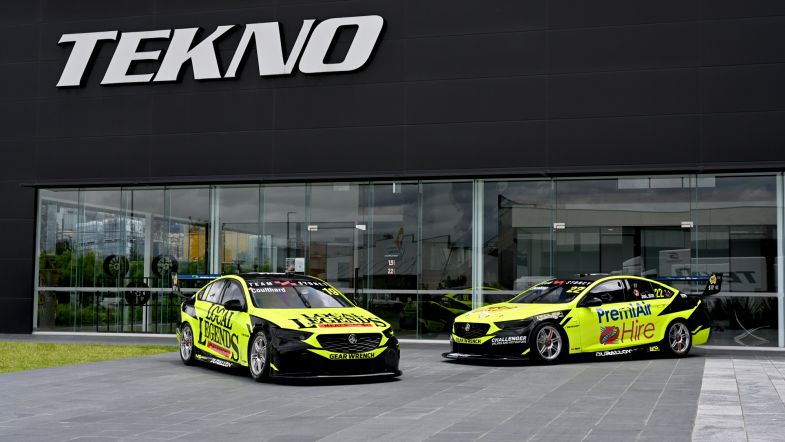 Team Sydney has revealed the colourscheme that it will run on the cars of Fabian Coulthard and Garry Jacobson for the 2021 Supercars season.

Having run two different liveries on its cars last year, the Holden outfit will now take on a more uniform appearance for the year ahead, with both cars running in a similar fluorescent yellow and black scheme.

Coulthard, who joins the team from DJR Team Penske, will carry Local Legends backing this season, while fellow newcomer Jacobson will be sponsored by PremiAir Hire.

The Tour de Cure cancer charity will also features on the bonnet of Jacobson’s car to help raise awareness.

“We are proud to unveil our Supercars ahead of the 2021 Repco Supercars Championship; albeit from our temporary base at TEKNO in Yatala,” team owner Jonathon Webb said.

“Fabian’s Local Legends Supercar is an enhancement of the 2020 design, our thanks again to Tony Quinn and his team for their continued support of Team Sydney. Long term partner of Tekno, PremiAir Hire, have enhanced their commitment to Team Sydney and Garry Jacobson and they are principal partner for Garry’s debut in #22.

“We are proud to support Tour De Cure with bonnet recognition on #22 and help raise awareness and vital funds to support the doctors and scientists who have dedicated their lives to uncovering a cure for cancer.

“Our drivers and I will join the Tour de Cure as they ride this year, cancer affects so many Australians as it has members of our own families, so we are grateful to be able to do our part.”