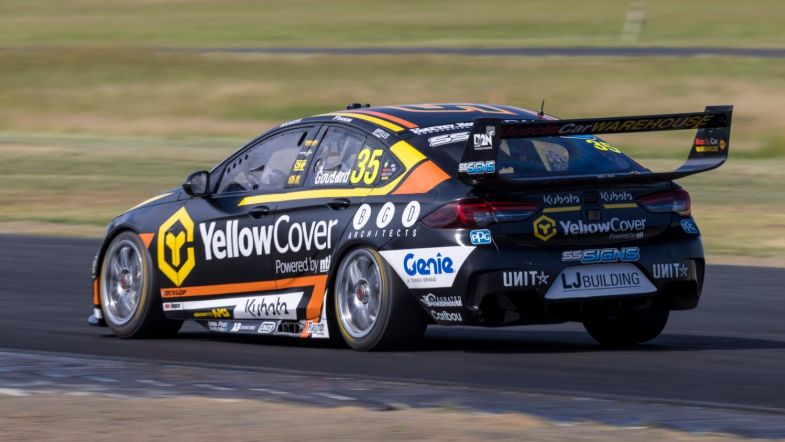 Full-time Supercars Championship debutant Zane Goddard has enjoyed a morning at the top of the timesheets in the first session at Queensland Raceway today, going fastest of the eight cars before the midday lunch break.

Stepping up from part-time duties last year in which he shared the #34 car with Matt Stone Racing team-mate Jake Kostecki, Goddard will compete in the full season this year and didn’t waste time in getting on the pace in the first official test day of the year.

The Matt Stone Racing cars of Goddard and Kostecki were split by Dick Johnson Racing’s new recruit, Anton de Pasquale, coming into his fourth season in the sport and first with the new-look defending teams champions who had both of their drivers leave in the off-season.

Though none able to get under the 1:09 marker around QR, the top three were split by under two one-hundredths of a second with Jamie Whincup starting his retirement run in fourth, the Triple Eight driver one and a half tenths behind Goddard’s best time.

Shane van Gisbergen clocked up more laps than anyone else in the three and a half hour long session, giving the reigns to the #97 Triple Eight car over to co-driver and fellow defending Bathurst 1000 winner Garth Tander for a few laps, the 2007 champion going off the road early at Turn 4 but sustaining no damage.

Will Davison made his first official return to DJR after leaving the team at the end of 2008, putting in the least amount of laps but ending up ahead of the two Team Sydney cars of former DJR Team Penske driver Fabian Coulthard and Garry Jacobson, the 2016 Super2 series champion moving to the team for 2021 and sharing driving duties during the test with team owner Jonathon Webb.