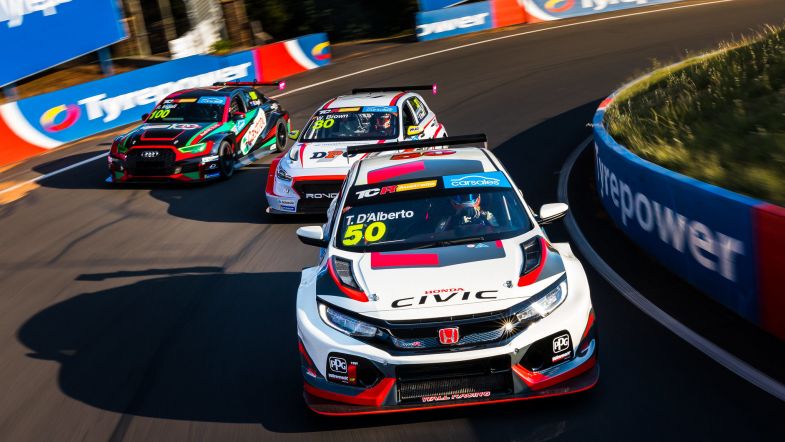 The inaugural Bathurst International event has finally been given the green light and locked in after a false start last year thanks to the COVID-19 pandemic.

Headlined by the TCR Australia Bathurst 500 race around the famous Mount Panorama circuit, the event will be held across November 26-28 2021, provisionally allowing overseas TCR Racing Series drivers to attend.

As the first two-driver event in TCR Australia history, the Bathurst 500 will be broadcast locally on the Seven Network, in New Zealand on Sky Sport and internationally on the Motorsport.TV platform.

CEO of the Australian Racing Group Matt Braid says the event will be ideal for international racers wanting to finish off the racing year as well as giving the TCR Australia series international recognition.

“The Australian Racing Group and Bathurst Regional Council is thrilled to confirm the date for the inaugural Bathurst International,” said Braid.

“The late November date will make this event not only a jewel in the Australian motorsport calendar, but also around the world. Despite the travel restrictions that exist today, this date will allow the opportunity for international competitors to consider the Bathurst International as a way to end their season of racing.

“And the beauty is that we have categories that touch all walks of motorsport life. From TCR touring cars to GT cars and high-powered open wheelers. It is a sensational mix that we are sure will draw attention locally and internationally.”