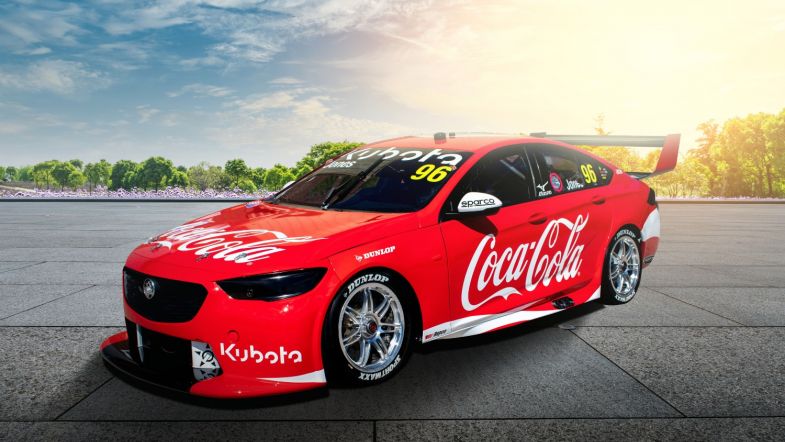 Brad Jones Racing has unveiled the Coca Cola livery that Macauley Jones will run in the 2021 Supercars Championship season.

“Coca-Cola is a very iconic brand so it’s an amazing opportunity to partner with them and have them onboard the #96 for the season ahead,” said Jones.

“I’ve had a fair few changes in my world in preparation for the season, moving under the BJR banner, a new sponsor, a new number and an engineering change with Tom Wettenhall my new engineer.

“It’s an exciting time for myself and BJR moving forward and I’m looking forward to what we can accomplish as a team.”

The team has also confirmed that Chris Pither is going to be co-driver to Jones for the Bathurst 1000 race in October.

“I was aiming to drive full time this season, but the right opportunity wasn’t available,” said Pither.

“Regardless, I’m grateful and excited to race the Bathurst 1000 with Macauley.

“I am also looking forward to attending rounds throughout the year representing Coca-Cola and working alongside Macauley and the BJR team so that when October arrives, we’ll be ready to go.”