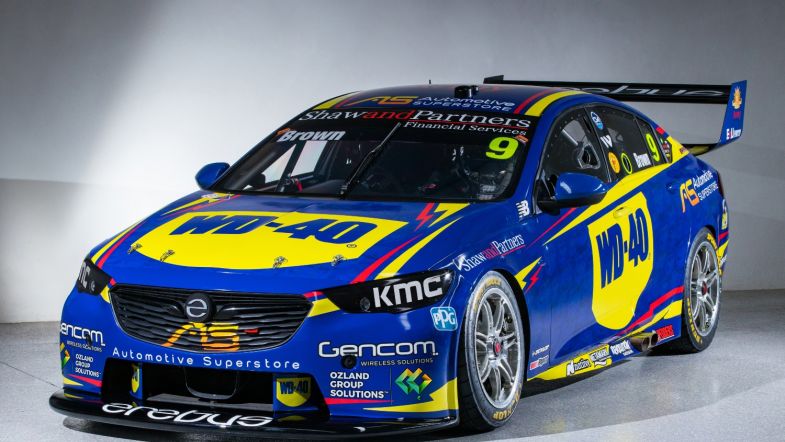 Erebus Motorsport has revealed the livery that Will Brown will use for the opening round of the new Supercars season at Bathurst.

The team has revealed that Brown’s Holden Commodore will feature a ‘rolling sponsorship programme’ in what is his first full season in the series, with WD-40 taking on the primary sponsorship for the first event of the campaign.

“To start the year off with WD-40 is really exciting,” team CEO Barry Ryan said. “WD-40 have come on board for the entire season, but this round it takes top billing.

“WD-40 is the brand of choice for the team and the car is sure to make a big impact on track.”

Brown himself said he was delighted with the look of the car and was hopeful of a strong start to his campaign.

“I am very excited to have WD-40 on the car for the opening round at Bathurst,” he said. “They’re such an iconic brand and have been in motorsport for a long time so it’s great to have them feature on my car.