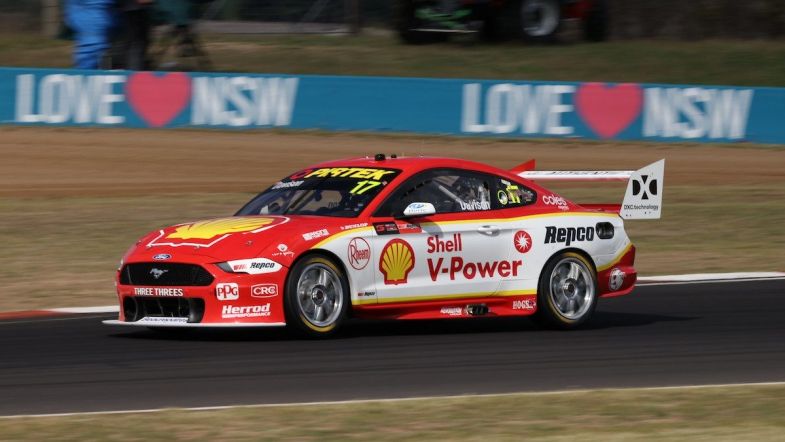 The full-time return to the Supercars Championship for Will Davison netted the veteran of the sport an important podium finish, coming nearly a full year on from when the now-Dick Johnson Racing driver lost his drive in the series.

Having raced in the series full-time since 2006, Davison started last season with the Phil Munday owned, Tickford Racing #23 car but the operation was soon closed by Munday following the cancellation of the Australian Grand Prix, sponsor Milwaukee backing out due to the COVID-19 pandemic.

The loss of Munday’s Racing Entitlement Contract left Davison without a drive, not getting behind the wheel of a race car until the season ending Bathurst 1000 where he partnered with Cam Waters to take second for Tickford.

An off-season lifeline came in the form of an opportunity to return to his first team in DJR, re-joining the Staplyton squad in a new driver line-up alongside Anton de Pasquale. While de Pasquale outqualified him today, Davison’s experienced head netted a podium finish, taking third place in a race where his young team-mate crashed out while in the same position.

Speaking post-race, Davison reflected on the massive turn his life has taken in the past year, from losing his drive to wife/former Supercars pit lane reporter Riana Crehan losing her father midway through 2020.

“It’s about shifting the mind. The team’s champion, we’ve got high expectations. For me, for my first race, I’ll absolutely take it.

“Sat on the coach watching these guys for most of last year, which wasn’t much fun.

“I was hoping I wasn’t too rusty; trying to get up to speed yesterday, lots to learn with this new car.

Crehan was unrestrained in showing support for husband Davison on Twitter, her contact with Supercars Media not being renewed after 2020 despite being a part of the broadcast team for nearly a decade.

“Well. Not f*cking bad for the old guy who got shafted and became an armchair expert couch racer for 12months. You effing star.”

Davison will have the chance to better his result tomorrow in the second of the 250km races, carrying on the DJR tradition of the #17 leading the championship charge.