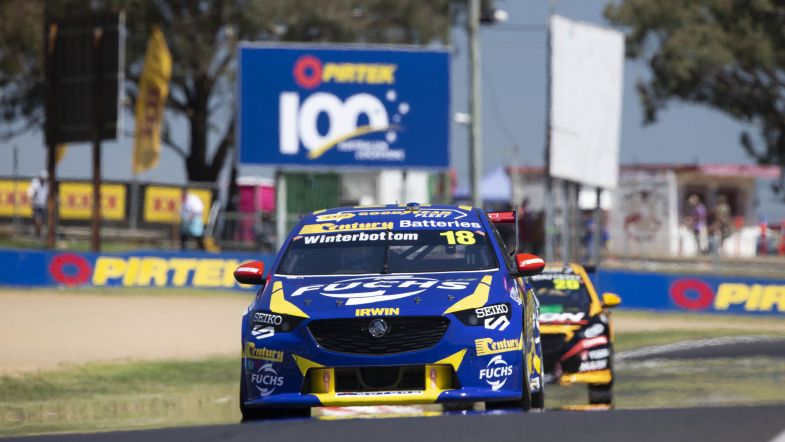 A long weekend which included 500km of racing at Mount Panorama for the season opener of the Supercars Championship has seen a familiar face pop up in the fight at the top of the standings, Mark Winterbottom capitalising on the misfortunes of others to score two top five finishes.

The Team 18 driver strated his third year with the Charlie Schwerkolt-run operation at Bathurst, quickly getting on to the pace with a Top Ten Shootout appearance on Saturday.

He backed it up with a fourth-placed finish, the 2015 series champion running strong ahead of his traditional rivals and he carried that form through to Sunday, again scraping into the shootout and taking fifth at the end of the 40 laps.

With two strong results to kickstart the year and some of the expected championship contenders like Cam Waters and Anton de Pasquale struggling on Saturday, Winterbottom finds himself third in the standings, a result he attributes to his team’s hard work in the off-season.

“With two top-fives, fourth yesterday and fifth today, two shootout appearances, and third in the points, I couldn’t have asked for much more from our first round of the year,” said Winterbottom.

“I’m so proud of everyone at Team 18, I’m proud of how hard they’ve worked to roll out a competitive package that didn’t miss a beat all weekend.

“I’m rapt with that and it was great to see the look on everyone’s’ faces when I hopped out of the car after that race.

“We head back to base now and put our heads down to keep up our results when we head to our home track at Sandown for round two.”

Winterbottom’s fourth on Saturday matches his best race finish with Team 18, a feat he has now achieved five times. He’ll be looking to go one better at the next round, held at Sandown Raceway where he won the 2015 Sandown 500.