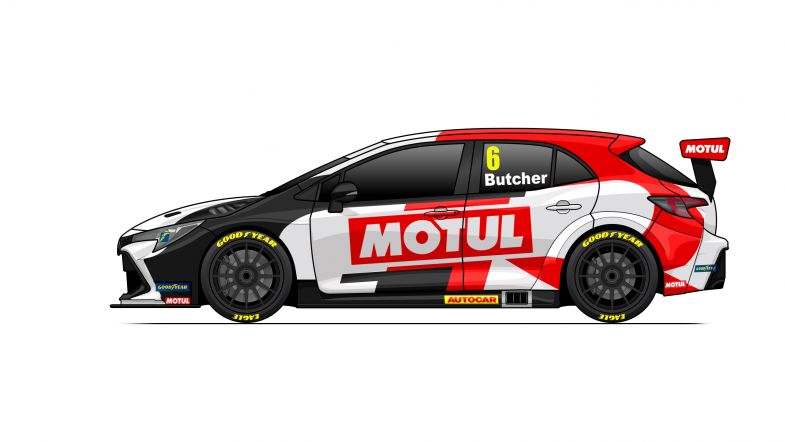 Lubricant giant Motul is to become the primary backed of the Speedworks team for the 2021 BTCC season, with the Toyota squad revealing a new-look for the upcoming campaign.

The full livery for the cars of Rory Butcher and Sam Smelt will be released later this month ahead of pre-season testing, but will feature extensive Motul branding, with parent company Witham Motorsport entering into a two-year agreement to become a primary partner.

Motul has supplied Speedworks with oils and fluids since 2014.

“It goes without saying that we are delighted to extend our relationship with Motul and Witham Motorsport to what will be nine years by the end of 2022,” team boss Christian Dick said.

“Motul and [its official UK importer and distributor] Witham have been loyal partners on our journey in the BTCC as we have developed from a midfield contender into a multiple race-winner and regular title challenger in recent seasons, and the outstanding performance and efficiency of Motul’s products has been a key factor in that progress. Both companies have become very much part of the Speedworks family.”