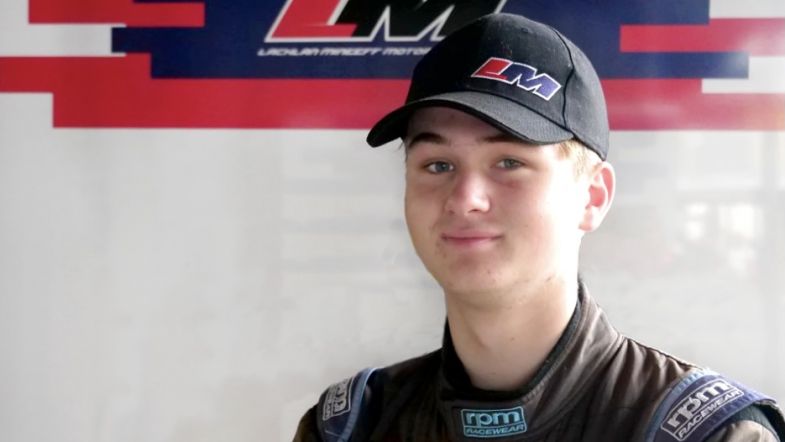 The grid for the second round of the TCR Australia Racing Series at Phillip Island has grown by one, rising star Lachlan Mineeff today confirming he’ll make his series debut next weekend.

Joining the field with help from Melbourne Performance Centre aboard one of their Volkswagen Golf GTI TCR cars, 18-year-old Mineeff will first get a steer of the ex-Alexandra Whitely machine in Friday practice.

Having taken fifth in the past two years of the Australian Formula Ford Championship and being one of the youngest drivers to compete in the Bathurst 6 Hour in 2019 (alongside Tom Sargent), Mineeff says heading to TCR Australia was the next logical step on his career path.

“I’ve been looking to go TCR racing since it first come to Australia in 2019, and I can’t wait to get to Phillip Island,” said Mineeff.

“I was there at the first TCR event at Sydney Motorsport Park, and from there I’ve been working on ways to get into the class. I’m stoked that we’ve finally pieced it all together.

“The reason I chose to go with the Volkswagen is because they are a very competitive car, and we’ve also got VAGParts on board as a partner. The marriage between VAGPARTS and TCR was match made in heaven, so that has worked out really well.

“The Golfs proved to be very competitive last year. In the hands of Aaron Cameron and Jason Bright, they won races, took a pole position and finished with a heap of podiums, so they are certainly capable of running up the front.

“For me, TCR is a relevant platform for both manufacturers and sponsors. Coming out of Formula Ford and Production Car racing, it is the next step up the ladder and the best value for money category. It made the most sense.

“The competition, and the various brands in the category was also very appealing. Going up against some current and ex-Supercars drivers is a great test for me, and having all of the races live and free on the Seven Network makes this class the perfect place for me.

“I love the Phillip Island circuit. I’ve done two Formula Ford rounds there before. It’s a special place for me to make my TCR debut.

“I won’t be able to fit in any testing, but I’ve had decent results at Phillip Island before, so I’ll take as much of my experience as I can from my past racing and use it as best I can next weekend.”

The round at Phillip Island runs from March 12-14, initially slated to run in February but having been pushed back due to Victorian COVID-19 restrictions at the time.