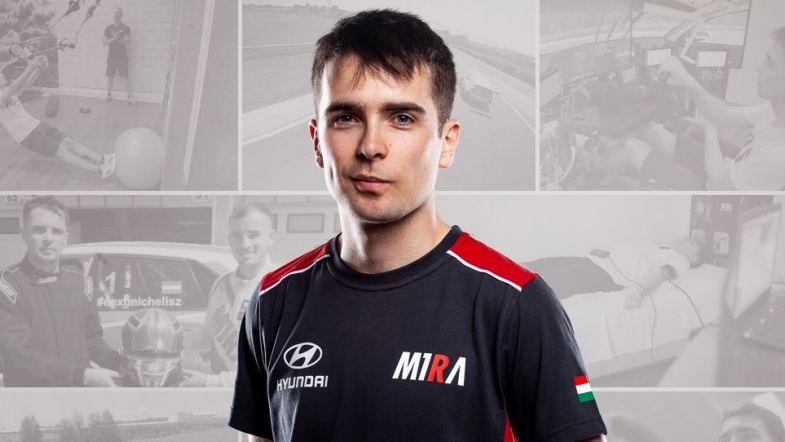 Gergő Báldi, the winner of the inaugural WTCR Esports title, will be given the chance to graduate into a full-blown TCR programme this year as part of an initiative launched by former WTCR champion Norbert Michelisz.

Báldi has been handed the opportunity through the #NextMichelisz programme, which has been designed to provide a route into racing for young Hungarians who might otherwise have not had the chance to get on track.

Following an online championship running to the same format as the WTCR Esports series, Báldi was one of five drivers chosen to go through to the next stage which saw the chosen racers undergo a series of physical and psychological tests before taking to the track in a Hyundai i30 N TCR machine.

“We wanted to give a chance to everyone who was interested in becoming a racing driver in Hungary,” Michelisz revealed. “We decided we would do an online championship because the cost is very efficient to see how many young, talented and interested drivers there are. I’m very proud because it was a bit more than 5000 participants we had.

“The online championship was the same concept as Esports WTCR. We used RaceRoom and did five virtual events. And at the end of the virtual season, the top five drivers were taken to the second step, which was a kind of measurement where we took them to the lab.

“They had a lot of physical measurements taken, psychological measurements. We basically just wanted to gather data from these five. Then the next step was to rent the Hungaroring for two days.

“They started with a more basic car but the second step on the second day was to drive the TCR car from the M1RA team. In the end it was Gergő Báldi who won this contest. I wouldn’t say it was surprising, but Gergő was quite convincing, not only driving a virtual Hyundai, but he was also quite convincing when he had the chance to prove himself on the Hungaroring.”

Báldi will now take part in a full season with M1RA in a series that is yet to be decided, although Michelisz didn’t rule out the possibility of a wildcard outing in the WTCR during the year ahead.

“It’s more Dávid [Bari] who is the boss of the M1RA team in charge of what is going to happen with Gergő but I know that he thinks the same way about Gergő,” he said. “He also believes Gergő deserves the best possible chance in the best possible level of competition. But it’s also about getting a budget because it’s not an easy task but there is a chance he can do some international races.

“The plan is to support him for some years. If he proves himself in the first year, the job that we have is to find the funding for him to continue. It would not make sense to only give him one year so it will be my duty to try to find the budget for his racing. With a world title on my CV, I also have the responsibility to help people like Gergő grow and have the chance to prove themselves.”