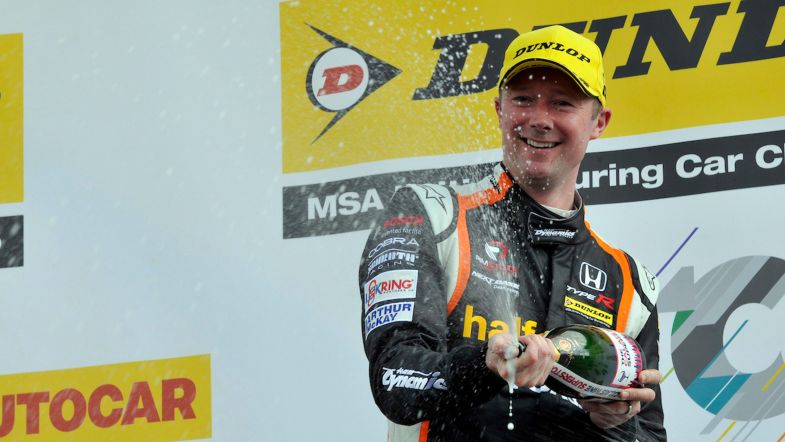 Three time champion Gordon Shedden will make his return to the British Touring Car Championship this season after agreeing a deal to rejoin Team Dynamics.

The Scot last raced in the series in 2017 before switching to WTCR with Audi, where he secured a best finish of 13th in the standings.

Shedden sat out the 2020 season after Audi’s departure from WTCR but now makes his full-time return to competition with the team that carried him to his BTCC titles in 2012, 2015 and 2016.

Having sampled the Honda Civic Type R FK8 in testing early last year whilst Matt Neal recovered from a cycling accident, Shedden will make his racing return when the new season kicks off at Thruxton in early May.

“I can’t wait to get back in the car!” he said. “I have kept in touch with the team throughout and obviously jumped in the car early in 2020, when Matt was injured, and it felt great. That was the first time I had driven the new car and it felt right from the off.

“I’ve been keeping an eye on the championship, and it looks mega competitive, but my fight and determination is as high as it’s ever been, so I’ll be giving it my all.”

The 42-year-old currently sits fifth on the all-time winners list having secured 48 victories in his career to date, with Neal confident that his former team-mate would be right on the pace on his return.

“It’s great to have Flash back in the car, he knows the team and he knows the way we work,” he said. “He showed last year that he hadn’t lost his pace, so we are expecting great things of him, no pressure!”

Shedden’s return to the series comes after Dynamics announced the departure of Dan Cammish earlier this week, with the second driver for the programme still to be confirmed.

It is however expected that Dynamics will feature an all-new line-up for 2021.