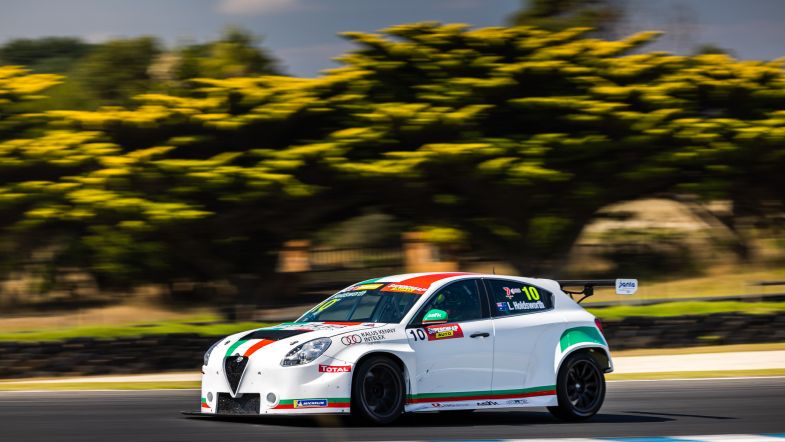 MPC Bostik Racing driver Mostert topped the list of the first session with 1:36.900 and was close to seven tenths of a second ahead of Hyundai driver Nathan Morcom.

Tony D’Alberto put his Wall Racing-prepared Honda Civic Type-R TCR in third spot with 1:37.6694 while Hodlsworth was fastest of the Alfa Romeo drivers in fourth position, eight tenths of a second from Mostert.

James Moffatt made it five different makes in the top five behind the wheel of his Garry Rogers Motorsport-prepared Renault Megané RS TCR, 0.9169 seconds from P1.

The lap times of the second session were slower, with Ashley Seward Motorsport driver Holdsworth rising to the top with 1:37.7023 and was just 0.0901 seconds ahead of fellow Alfa Romeo driver Michael Caruso (GRM).

D’Alberto was third fastest while Morcom was fourth and Chaz Mostert fifth behind the wheel of his Audi RS 3 LMS.

A total of 20 cars took part in the two practice sessions.

Next up for the TCR Australia field is qualifying, starting at 09:55 local time tomorrow.