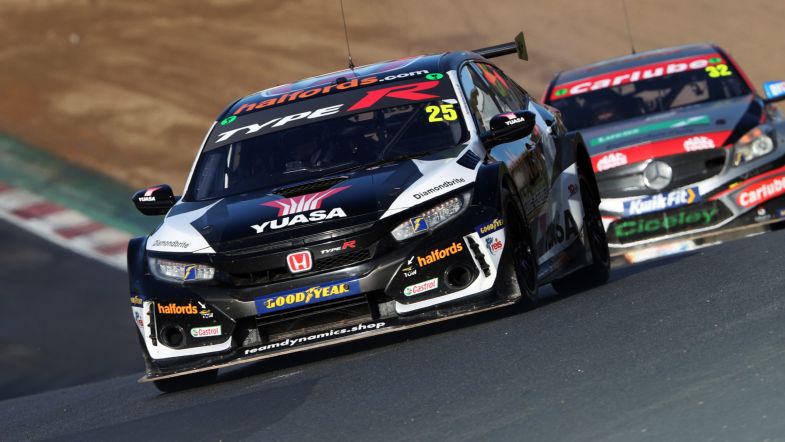 Honda bows out with “significant regret”

Honda admits that it took the decision to depart the BTCC with “significant regret” after the announcement of the end of its long-time partnership with Team Dynamics.

Dynamics has run Honda machinery since 2004 when it took on a pair of Civic Type Rs run under the Computech Racing with Halfords banner, introducing the Integra the following season before the switch back to the FN2 Civic.

The FK2 model, introduced at the start of the NGTC era, went on to then win more races than any other car in series history before being replaced by the FK8 – which has been a title contender for the past three years.

“Honda UK would like to thank everyone at Team Dynamics for the last 17 years of racing, fun and success,” commented Olivia Dunn, Head of Communications at Honda UK said.

“As a business, we continually review our marketing activity to ensure that it aligns to our future business strategy. Therefore, it was with significant regret that we had to inform Team Dynamics that we were unable to continue our sponsorship at the end of the 2020 season.

“We wish Team Dynamics the very best of luck for the future and look forward to cheering them on next season and for seasons to come.”

Neal himself, the driver with the most wins for Honda in series history, said he was proud of the success that the relationship had enjoyed.

“We have been the most successful team in Honda’s history of touring car championships, which we are incredibly proud of,” he said. “While we are very sad to see Honda go, we would like to thank them for the last 17 years of support and professional friendship.

“We have been working hard over the winter to pull a package together for the forthcoming 2021 season and will be racing the FK8 Honda Civic Type R with our highly accomplished crew who are as hungry as ever.”