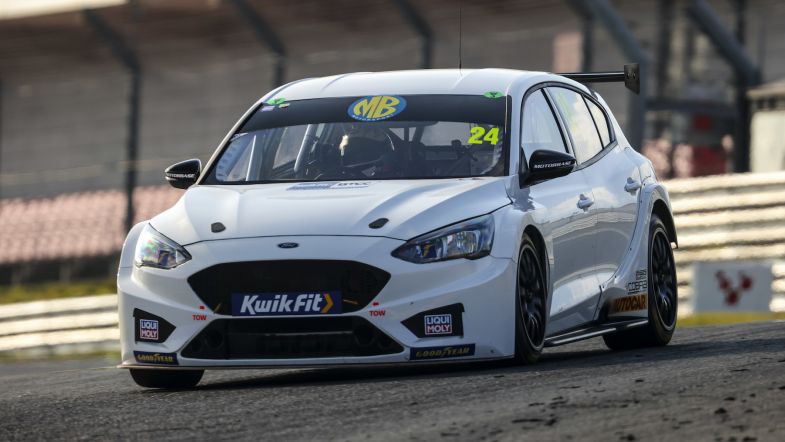 Jake Hill says he feels he will have a ‘very potent machine’ for the 2021 BTCC season after his first outing in the Ford Focus he will campaign this year.

Hill remains with MB Motorsport for a second season this year, but switches cars as a result of the purchase of the Motorbase team over the winter by AmD Tuning boss Shaun Hollamby – who ran Hill’s Honda Civic last year.

A day at Brands Hatch, where Hill was joined on track by team-mate Ollie Jackson and the Motorbase-entered car of Sam Osborne, provided the first chance to see what the Focus can do, with Hill insisting he was impressed with what he had seen.

”After my run shaking the car down yesterday I felt really confident in the chassis – I was down to a really good time within about five laps – and have gained a really good understanding of the car and it’s characteristics so quickly,” he said.

“Massive thanks to all the guys at MB Motorsport and Motorbase for doing such an incredible job on the car. My lead mechanic Ben (Tyler) has led the build of the car from the ground-up, and I have had no issues which highlights how good the job is. I absolutely love the car, and feel very confident already we will have a very potent machine.”