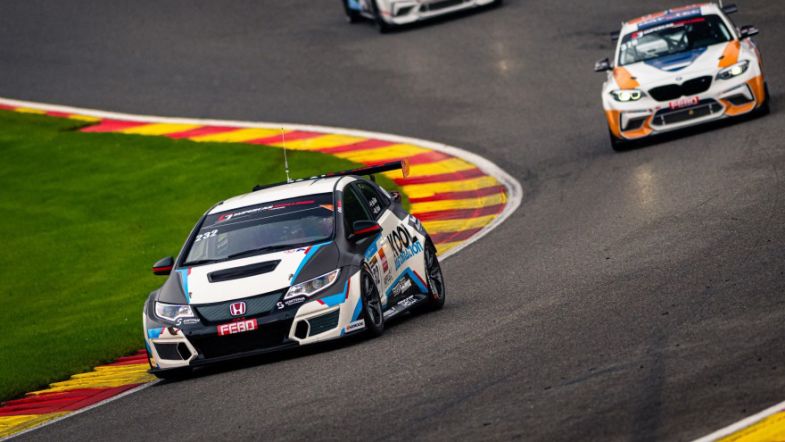 Steffen Larsen has bought a Honda Civic Type-R FK2 TCR that he will make his TCR Denmark series debut with this year.

The 42-year-old has spent the past seven seasons in the Yokohama 1600 Challenge Denmark and is the reigning champion, having claimed the title four times in total.

“Front-wheel drive is not new to me after so many years in the 1600 Challenge, but TCR is at least new to me,” said Larsen.

“The story is actually quite short because I found a car at a good price and took the opportunity. I would like to try out TCR and have not driven such a car before.”

Larsen bought the car from a team in the Netherlands where it has ben run in the Supercar Challenge.

“The story behind my car is that it initially was run by Target Competition, and most recently in the Supercar Challenge,” said Larsen.

“I myself have not gotten to see that much of the car yet, but it seems to be a nice car. We have run a quick function test on the Sjællandsringen while there was frost and ice. It was just to see if it would run.

“It could, so we’re looking forward to getting started. I’m here to have fun and not to be last in the field – but for the championship as such, I have not got high expectations.”