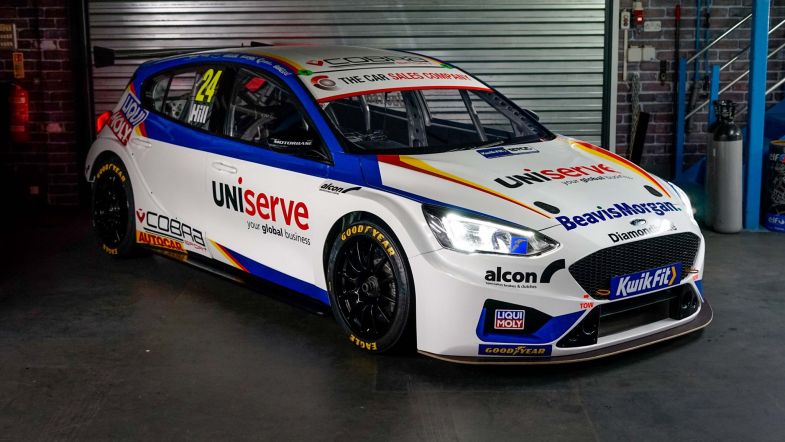 The Motorbase-run MB Motorsport team has revealed the livery for the Ford Focus STs that it will campaign in the 2021 British Touring Car Championship.

The team switches to the Focus having joined the grid last year with a pair of Honda Civic Type R FK2s for Jake Hill and Sam Osborne, with Hill securing multiple podium finishes en-route to a top eight championship finish.

Hill remains with the team for 2020 alongside Ollie Jackson, with the pair having already hit the track for the start of pre-season testing.

“I’m so pleased that we can finally show our car to the world,” Hill said. “It’s been a real privilege to watch the Ford go through each phase of its build and an even bigger privilege to drive it through pre-season testing.

“I’ve got a really good feeling about this season and I’m confident we can build on the success we enjoyed last year. Hopefully we’ll be able to see everyone trackside once again too!”

Jackson meanwhile said he was keen to try and add to the two wins he secured last year in the Focus.

“There’s a real buzz in the team about what we can achieve this year,” he said. “The car looks fantastic so, if it drives as good as it looks, we’re in for a good season.

“Having driven the Focus last year, I’m really keen to help push its development forward as much as I can and grab ourselves some strong results along the way. Jake and I get on really well and we both share the same goal: to take this team to the top step of the podium.”