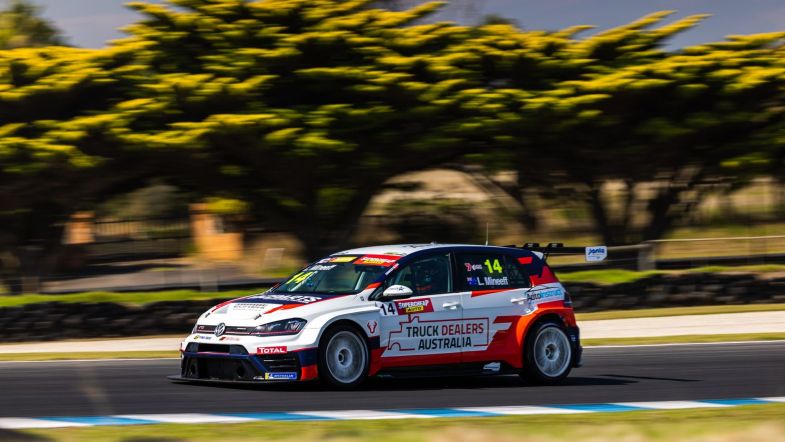 TCR Australia privateer Lachlan Mineeff will make his second round start in the series at Sydney Motorsport Park after missing the most recent Bathurst outing due to a focus on the Bathurst 6 Hour production car race.

Having made his series debut at Phillip Island, Mineeff made his mark early on when he drove up to ninth place in the opening race after qualifying in last, beating far more experienced drivers in the rain-soaked conditions to take a top ten result.

Subsequent finishes of 13th and 12th underlined a solid debut for the Bowral-based 18-year-old, now setting his sights on the home race at Sydney Motorsport Park, a venue just an hour’s drive up the Hume Highway from the rural town.

Mineeff says he has no regrets on focusing his Bathurst efforts on the 6 Hour which netted a Class D victory in a Toyota 86, instead now putting his energy behind the TCR Australia campaign after renaming the team to Purple Sector and taking control of the operations from Melbourne Performance Centre.

“We missed the opening round at Symmons Plains, so were weren’t in the championship hunt, which is why we elected to miss the Bathurst round as well and put our energies into the 6 Hour,” Mineeff said.

“And I’m glad we did that, because we had a great result and won our class.

“Sydney Motorsport Park is a home round for us and we are looking forward to it. We have had a test day there, and we’ve got another one coming up at Wakefield Park too, so we couldn’t be any better prepared for it.

“With the form that we showed at Phillip Island, there’s no reason why we shouldn’t be challenging top 10 results.

“We’ll have all of the same crew and personnel with us like we had at Phillip Island, the only real difference is that we now take on the transport and logistics.

“So this will be our first round as a full private entry, but it’s great to know that MPC is there for assistance when and if we need it.

“Heading into Sydney, we have a lot more experience, including the test days, so we should be in a good position.”