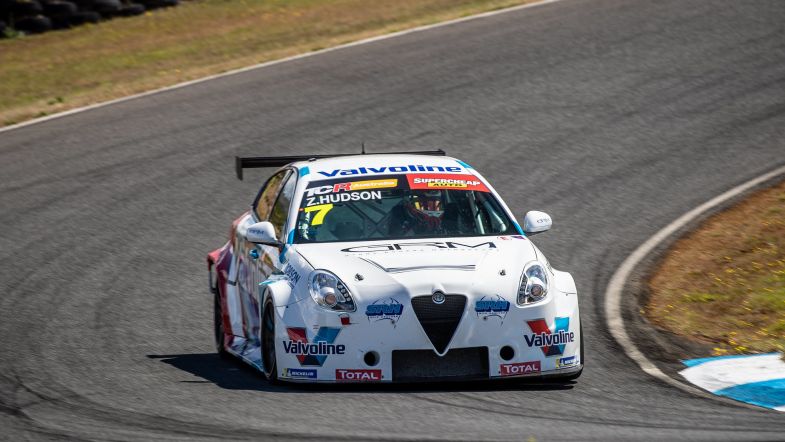 Queensland youngster Zac Hudson is in the box seat to make his TCR Australia debut this year as Garry Rogers Motorsport looks at another entry to join its already impressive fleet in the category.

A champion already driving a Mazda RX7 in Improved Production, Hudson got the call up to drive a GRM-run Alfa Romeo Giulietta Veloce at the Baskerville Invitational back in January, GRM boss Barry Rogers now saying that Hudson might get a call up to drive at his home track of Morgan Park for the upcoming round in June.

“We gave young Zac a run at Baskerville and he’s a keen front-wheel-drive performer, he’s got a couple of people behind him that want to give him a real good go in it,” said Rogers.

“Morgan Park is his home track, so we’re sort of thinking we can maybe do there. We’ve got to work how we’re going to do it, the cost and see if we can get a sponsor to do it.

“The plan is to try and make it happen.”

Garry Rogers Motorsport currently fields seven cars in the championship across the marques of Alfa Romeo, Renault and Peugeot. Aaron Cameron is leading the team’s championship charge, sitting second in points aboard his Peugeot 308 TCR.

The round at Morgan Park is slated to run from June 25-27 and will be the first major race for a four-wheel category at the rural Queensland circuit.