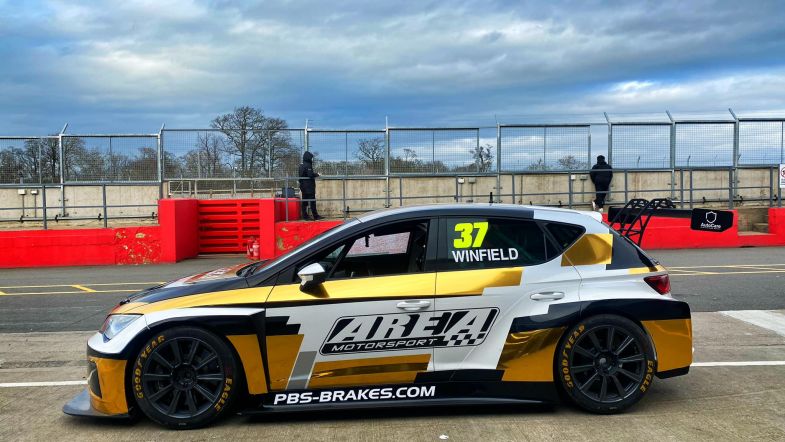 Reigning Civic Cup Bruce Winfield will hope to build on a successful 2020 season when he graduates to the Touring Car Trophy incorporating TCR UK this year.

Winfield, who also secured the Time Attack Championship Pro Extreme Class title last season, will be at the wheel of a Cupra Leon TCR being run by Area Motorsport as he joins the grid for the first time.

The 28-year-old has tested a number of times during the winter and will hope to hit the ground running when the new season kicks off next weekend at Silverstone.

“Having won both campaigns I was involved with last year, I wanted to move on to something else and when I saw what was happening surrounding the Goodyear Touring Car Trophy and TCR races in the UK this year, everything seemed to fall into place,” he said.

“I drove a Cupra TCR in a Britcar round last year and really enjoyed it. So when Area Motorsport – who have ran cars for me over the past two years – acquired a nearly-new version of the same car, it was a logical progression.

“The Championship is now being administered by Club Time Attack and four of the six meetings take place alongside Time Attack rounds, so I’ll feel quite at home at those events.

“Pre-season testing has gone well and looking at what’s in store this year, I’m very pleased I made the decision to go in this direction. There’s going to be some experienced touring car drivers on the grid, so it’s going to be a competitive season. But I like challenging myself and I’m looking forward to seeing if I can get on the pace of the front-runners right from the start.”