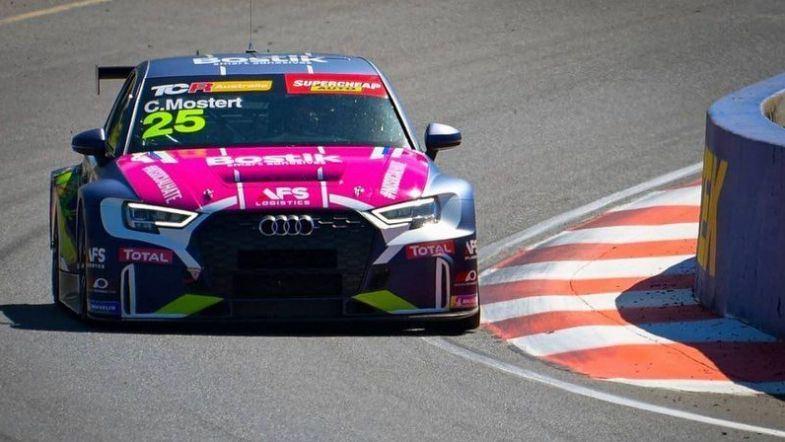 Chaz Mostert is to continue with his programme in TCR Australia having revealed that his entry with Melbourne Performance Centre will include the remaining four events.

Mostert joined the grid at the start of the year in an Audi RS 3 LMS on a round-by-round basis and has won five of the last six races – with a double at Phillip Island being followed by a clean sweep of three from three at Bathurst.

That means Mostert – who secured his first Supercars win in two years at the weekend – currently holds the points lead with an advantage of 63 points over closest rival Aaron Cameron.

Although not yet officially confirmed by the team, Mostert has revealed to AutoAction that he will continue in the series as he bids to become the second driver to win the TCR Australia crown after inaugural champion Will Brown.

“It hasn’t been announced yet but we were pretty happy with it after Bathurst,” he said, “and I believe I am going to complete the whole season, so I am pretty pumped about that.”

The next round of the season is at Sydney Motorsport Park in early May.