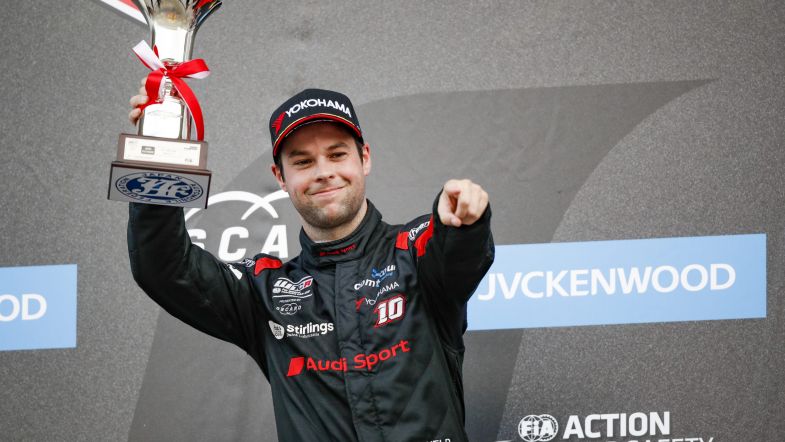 Niels Langeveld will make a return to touring car competition in 2021 after being named as part of the Sebastien Loeb Racing line-up for a new TCR Europe programme.

The former WTCR racer will drive one of four new Hyundai Elantra N TCRs being entered into the series by the French team, with the new campaign kicking off in Slovakia next month.

Having dropped out of WTCR last year, Langeveld raced in ADAC GT Masters but said he was delighted to be back in tin-tops for the season ahead.

“I am proud and happy to be given this opportunity, both my sponsors and Sebastien Loeb Racing having expressed their full confidence in me,” he said. “For me, this is the perfect scenario as well as the baseline for a successful season. Hyundai Motorsport Customer Racing cars have always been strong in TCR and Sebastien Loeb Racing is a mega professional team that has had lots to celebrate in touring car racing.

“Nine-time world rally champion Sebastien Loeb, the shared owner of the team, is my childhood hero and a legend in the racing and rally community. I have only one goal next season, and that is to get back on the podium and fight for the championship.”

“Over the past few seasons, TCR Europe has established itself as one of the key championships in the category, attracting a number of highly professional teams, and successful drivers from around the world,” Hyundai motorsport customer racing manager Andrew Johns said.

“Together with Sébastien Loeb Racing, Niels Langeveld and Felice Jelmini, I am proud that Hyundai Motorsport customers will be able to be part of this story in 2021.”

“The team and its drivers all have an excellent track record in TCR competition – both domestically and internationally – and with the Hyundai Elantra N TCR, they have a solid package that they can rely on to fight their way to victories, and perhaps the championship title,” he said.

“The whole team is very happy and excited to be able to return to Touring Car racing. Even if the development of new projects is rewarding and promising for the future, our DNA is performance on the track. With this large-scale program in TCR Europe we will be able to confront other competitors on the track and we love it!

“The confidence shown by Hyundai Motorsport Customer Racing is very rewarding for the team. We know that it is a manufacturer that likes to be competitive like us and I hope that this association will very quickly take the road to victory on the asphalt of these European circuits.”