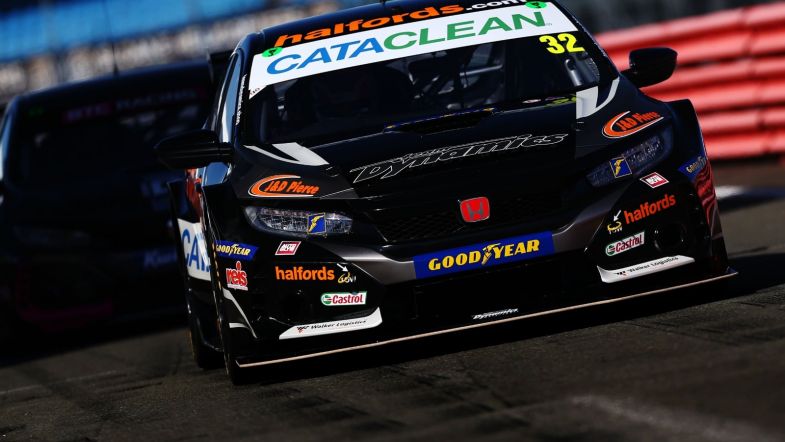 Dan Rowbottom: “There can be no excuses”

Dan Rowbottom says there can be “no excuses” this season when he returns for a second year in the British Touring Car Championship with Team Dynamics.

Rowbottom joined the grid back in 2019 with Ciceley Motorsport and was due to return with the Mercedes team last year before the COVID-19 pandemic saw him withdraw from the drive.

After a year on the sidelines, Rowbottom returns with Dynamics alongside his main sponsor Cataclean and will line up alongside returning champion Gordon Shedden in a new-look Dynamics line-up.

Despite a trip off track during the morning, Rowbottom ended the season launch test inside the top ten and he said he was now looking forward to the year ahead on track.

“This is an incredible year for me,” he said. “I’m eager to get going after a year out, and it’s great to bring Cataclean back to the grid alongside Halfords and Team Dynamics – I can’t wait to get started properly!

“This is a massive opportunity but I knew from 2019 that if was coming back to do it again, I wanted to do it properly or not do it at all. The deal had to work both for me and also commercially for my sponsors, and it’s brilliant to have been able to do a deal with Dynamics. However, there are no excuses now as the team knows what it is doing and the car is fantastic, so I have to take the chance with both hands.”

Rowbottom scored just five points back in 2019 but said he felt confident that working with Shedden and Matt Neal would prove to be beneficial.

“In 2019, I didn’t score as many points as I wanted to, but I don’t think that really shows how the year went,” he said. “There were a lot of times that I was 16th or 17th but that doesn’t give you points, and if you compare how I was alongside against the other rookies, it wasn’t too bad.

“I know now that I have to deliver results as most of the drivers on the grid would love to be in the position I’m in. I have the tools at my disposal and with Gordon alongside me and Matt on my shoulder, I have a massive source of information to tap into. I’ve got to keep my head down and stick to it this year.”