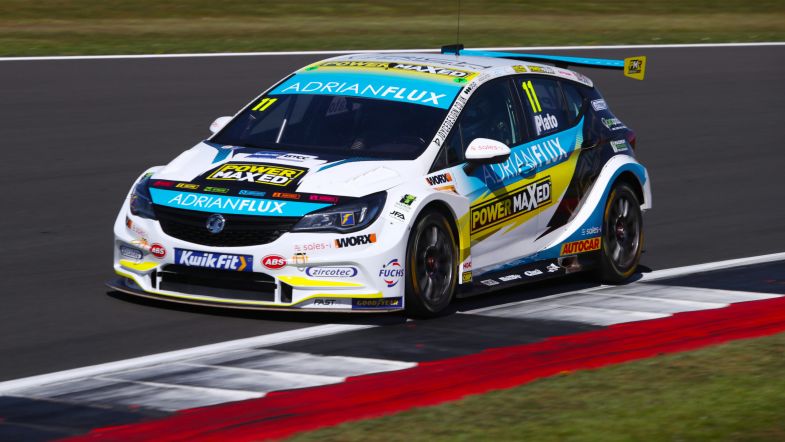 Jason Plato says he feels confident about a ‘competitive season’ with Power Maxed Racing after a solid showing during the annual BTCC season launch at Silverstone.

Plato returns to the grid this year after sitting out 2020 as a result of the pandemic, with the season launch being his third day back behind the wheel of his Vauxhall Astra.

The double champion was on the pace throughout the day and ended up fifth fastest on the combined times, leaving him in confident mood of a solid campaign after his year away from the circuit.

“We’ve had a good day today and have been able to resume the work we did during 2019. There were a few test items we needed to get through, and that is largely because when you’re in the season and only have two free practice sessions, you can only really work to fine tune the car for that weekend and not really experiment.

“With the tests we have done – and specifically today – we could try stuff. Some of that didn’t work, which we knew might happen, but we had to tick it off the list whereas other things helped us to find time and improved the balance of the car in certain corners. It’s been productive.”

Plato’s first race back in the series since winning the 2019 season finale at Brands Hatch will come at Thruxton early next month – a circuit where he qualified on the front row in the Astra before picking up a penalty for being out of position at start.

“Thruxton will be interesting; it’s always a challenge for us all and a bit of an eye opener,” he said, “I love the place and sure after FP1 we’ll all think we need to calm it down a bit as it’s a wild ride.

“Some things we tried here were with an eye on Thruxton, even with the different tyre we have to use, so have some tools now to use ahead of the weekend. I’m looking forward to it – I just have to make sure I line up on grid right this time!”