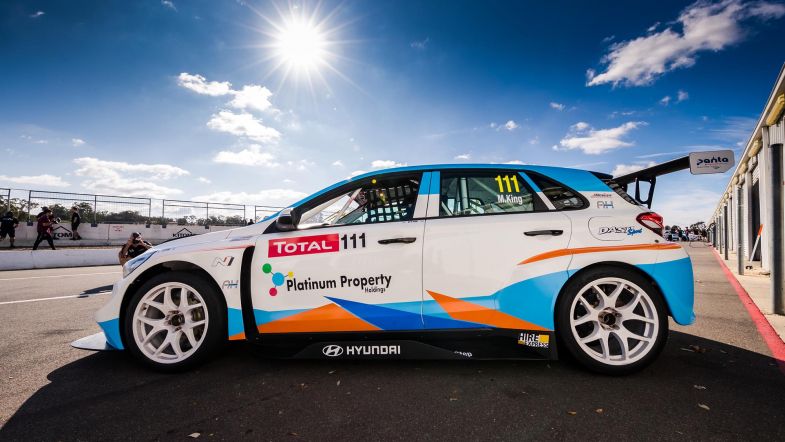 The Australian privateer bought a Hyundai i30 N TCR at the end of 2019 and was supposed to make his debut last year, a season that was halted due to the COVID-19 pandemic.

“Our expectation is just get in there and have a crack, and hopefully we get a reasonable result from it,” said King.

“It’s my home track. I’ve raced there for years in Improved Production and Production Touring Cars. We had success at that circuit in our (Mitsubishi) EVO, so we certainly know what way the track goes.”

“I’ve done some testing of the TCR car at Sydney Motorsport Park too, just trying to get familiar with the car. But none of that is not going to give me a leg up in this category. There are some great drivers and teams, but you know, we’re going to have some fun and see where we fall fit in.”

“The guys at HMO came and helped out and they were absolutely fantastic,” said King.

“Nathan and a couple of their crew were there, and they were awesome. I got out of the car and for the first time, I felt like I could drive the car.

“The cars certainly require a different style to what I’m used to, and they really helped me get the most out of it. I can’t thank them enough for that.”