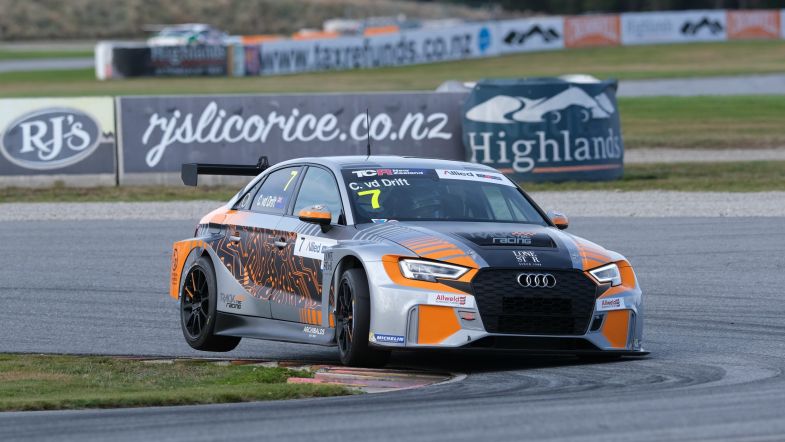 Paddon had pole position for the first race, but disaster struck on the formation lap as the Hyundai driver was forced to pit with a broken driveshaft.

Multiple Bathurst 1000 winner Greg Murphy, who started on wet tyres, held the lead for the majority of the race but was reeled in by van der Drift at the end as a partially wet track dried up.

Track Tec Racing driver van der Drift claimed the lead from sixth on the grid to win Race 1 a massive 22 seconds ahead of Gene Rollinson of Racer Products Team.

The second race had van der Drift again in the lead, but this time with Hyundai rival Rollinson much closer.

The duo were close throughout the race, with van der Drift winning the race by just half a second ahead of Rollinson.

Murphy claimed his second third place finish for Track Tec Racing in Race 2, with Paddon climbing from last to fourth after his retirement in the first race.

Van der Drift headed into the third and final race with a 16-point lead over Rollinson.

The two came together at the carousel after Radisich ran wide, resulting in a retirement for both due to suspension damage.

Disaster also struck title contender Rollinson who had to retire due to a blown head gasket in his Hyundai i30 N TCR.

And the drama continued as points leader van der Drift also suffered a technical issue, with the gearbox of his Audi RS 3 LMS locked in fifth gear. This left the Kiwi forced to just circulate slowly around the track to finish the race and score points.

This left Paddon in the lead and the Hyundai driver won the race just 0.225 seconds ahead of manufacturer colleague Jaden Ransley.

Fifth position was enough for van der Drift to claim the inaugural TCR New Zealand title on 199 points after the single race weekend of the championship at Highlands Motorsport Park.

“It was a bit stressful that last race,” said van der Drift.

“We had a really good start, the first few laps were mega, we even found a bit more pace. I knew I just had the manage the gap to Gene but then I came over the bridge and went to change down and nothing happened, it was just locked in fifth gear.

“I was straight on the radio but there was nothing really that I could do apart from trying not to stall it. Luckily for us, Gene had his problems too, so I just had to circulate from there and hoped nothing else broke in those last few minutes.”

Michels strong final race elevated him to second in the standings on 147 points, with Fitzgerald-Symes finishing third on the same amount of points but with no podium finishes. 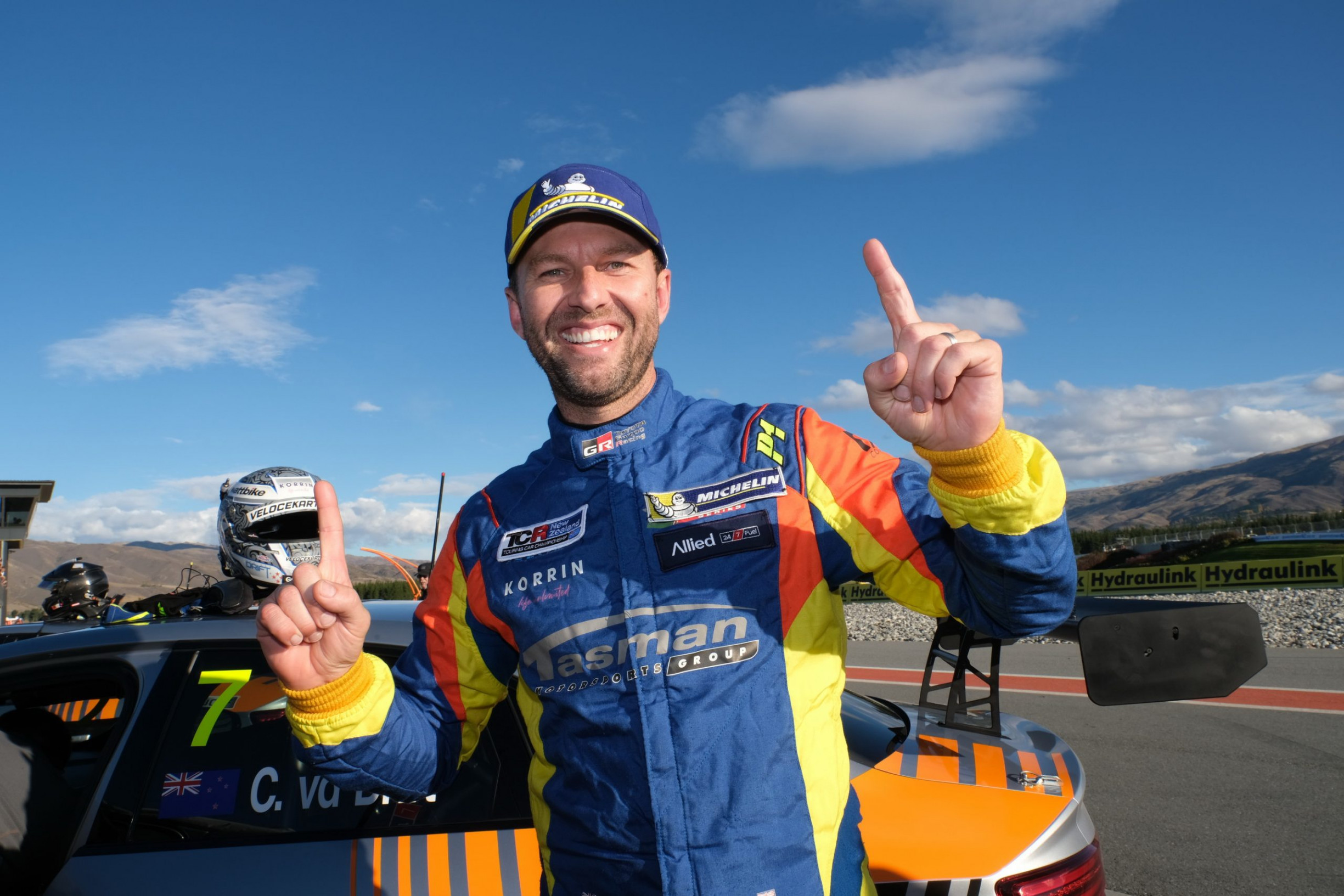