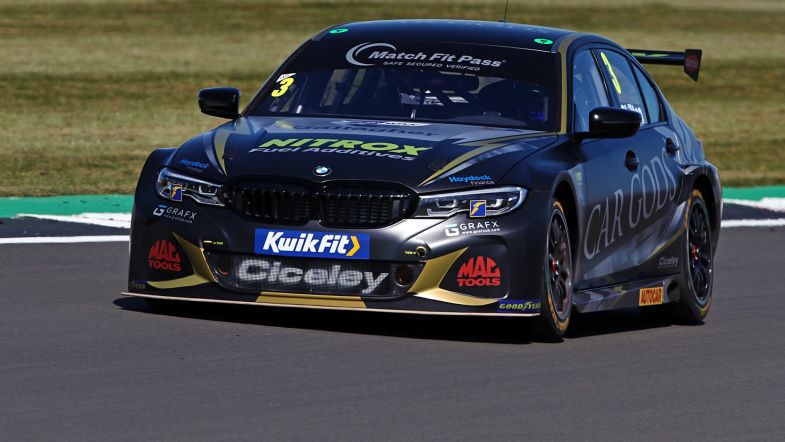 Tom Chilton insists that he is enjoying the experience of driving his new Ciceley-run BMW 330i M Sport, despite admitting that the team is currently struggling for single lap pace with the car.

Chilton switches to the team for this season having raced for BTC Racing last year, and teams up with Adam Morgan in arguably the strongest line-up the team has had during its time in the series.

Given the switch to the WSR-built BMW for this season, the team has been hard at work testing in recent weeks, and although Morgan was inside the top ten during testing at Silvertone, Chilton was left chasing one lap pace as he ended up down in 25th spot; albeit only seven tenths of a second off top spot.

“I’m really enjoying driving the car, and I seem to be good at running consistently at race pace, but the qualifying part is the issue,” he said. “We don’t seem to be able to get the new tyre to really switch on over a single lap but that is part and parcel of the fact that I’m new to the car and the team is new to the car.

“We have a lot to learn in a short space of time but we’re making steps forward and are working flat out to get where we need to be.”

The opening round at Thruxton should however suit the BMW, leaving Chilton optimistic of what is to come.

“Thruxton is a great circuit and I think we’ll be strong there,” he said. “We haven’t run the hard tyre yet so we need to see how the car performs on that, but the car seems comfortable in the high-speed stuff – and there is a lot of it round Thruxton!

“We know that the slow speed stuff is where we are struggling a bit and we have work to do under braking, but I feel optimistic. As I said, it’s a work in progress so we’ll see how we go.”