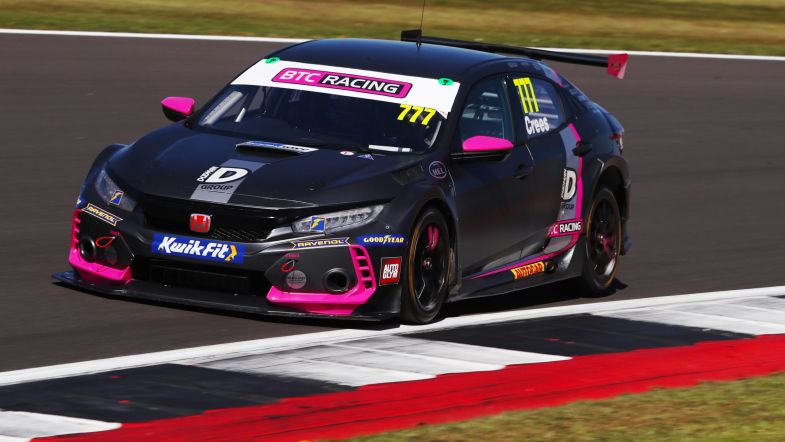 Reigning Jack Sears Trophy winner Michael Crees will miss the 2021 British Touring Car Championship season after parting company with BTC Racing little over a week before the opening rounds of the year at Thruxton.

Crees was set to return to the team for a second season at the wheel of a Honda Civic Type R and was the quickest of the team’s three drivers during the recent season launch test at Silverstone, where he lapped third quickest behind Gordon Shedden and Jack Goff.

The split, which the team insists is ‘on amicable terms’, leaves a vacancy alongside Josh Cook and Jade Edwards with a replacement set to be named ‘in the next few days’.

“On behalf of everyone at BTC Racing, I’d like to take this opportunity to thank Michael for his participation with the team in the British Touring Car Championship,” team owner Steve Dudman said.

“It’s a shame the partnership isn’t continuing, but we wish him well in his future endeavours.”