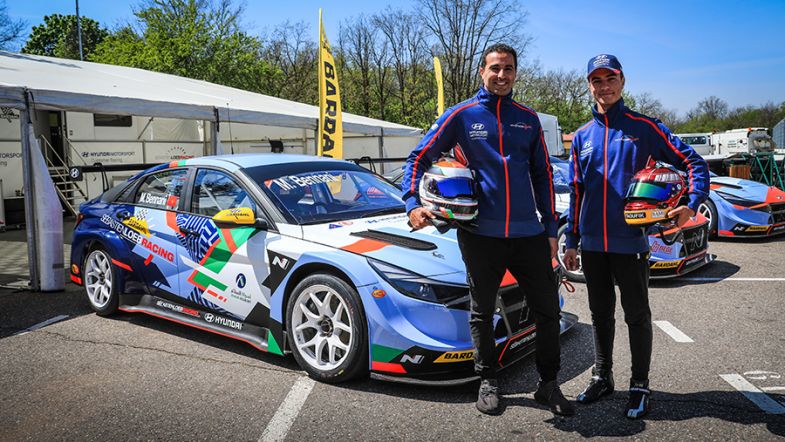 Sébastien Loeb Racing has completed its four driver line-up for the new TCR Europe season with the signing of Mehdi Bennani and Sami Taoufik.

The team confirmed earlier this month that it would return to touring car competition in the series this year with the new Hyundai Elantra N TCR, naming Niels Langeveld and Felice Jelmini as the first two drivers.

Bennani, the reigning TCR Europe champion, is no stranger to SLR having raced with the team in WTCR, whilst countryman Taoufik took two podiums last year en-route to twelfth in the standings.

“Sami is like my little brother and I am very happy to share this new adventure with him,” Bennani said.

“We are very proud to represent Morocco on the international motorsport scene and I know that with Sébastien Loeb Racing we are set for a very successful season!”