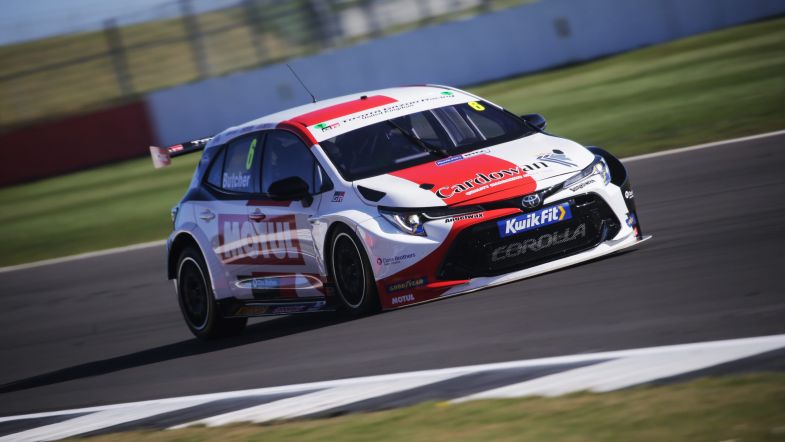 Rory Butcher says he is hopeful of pushing for the podium places when he make his debut with the Speedworks team in the 2021 BTCC season opener at Thruxton this weekend.

Butcher joined the Toyota team over the winter in place of Tom Ingram and will spearhead an expanded two-car entry alongside series returnee Sam Smelt during the year ahead.

The Scot has been hard at work acclimatising to his new surroundings during the off-season and will look to impress on his race debut at a circuit where he has scored podiums in the last two years – and where the car won twice last season in Ingram’s hands.

“I’m absolutely raring to go!” he said. :I feel very well-acquainted with the team now and I’m increasingly comfortable in the car. It’s fair to say we’ve still got a tiny bit more pace to find and we’ll discover exactly where we slot into the current pecking order, but we are chipping away and I’m pretty confident we will be in the mix.

“No-one has been able to do any prior running at the track, so we’re all going in completely blind and for the first time in a long time at Thruxton, everybody will be on zero ballast which will make it a completely level playing field – but in the BTCC, the cream invariably rises to the top.

“Ultimately, I would love to score a podium in my first event for Toyota Gazoo Racing UK. To leave the circuit with some silverware on the Sunday night would make me a very happy man travelling back up to Scotland.”

Team boss Christian Dick said he expected Butcher – and Smelt – to be higher up the order than in the recent test at Silverstone, where neither driver chased a quick lap time.

“I think both drivers can justifiably feel very optimistic going to Thruxton,” he said. “Rory has impressed everybody with his excellent work ethic and the input he has had into the Corolla’s ongoing development from his experience with other cars and teams, while Sam has been getting faster with every test and – as I have said before – will be a dark horse this year. He had a difficult first season in the BTCC through no real fault of his own, but he is a very different and much more rounded competitor now.

“It was interesting to gauge ourselves against our rivals during the group test at Silverstone last week. We stuck to our plan and ran through various set-up changes, and refused to get lured into draining the fuel or bolting on fresh tyres in an effort to post a quick lap time, like some did.

“I’m very confident that where we ended up was not at all representative of our true pace, and that qualifying at Thruxton will reveal an altogether different picture. We can’t wait to get there!”